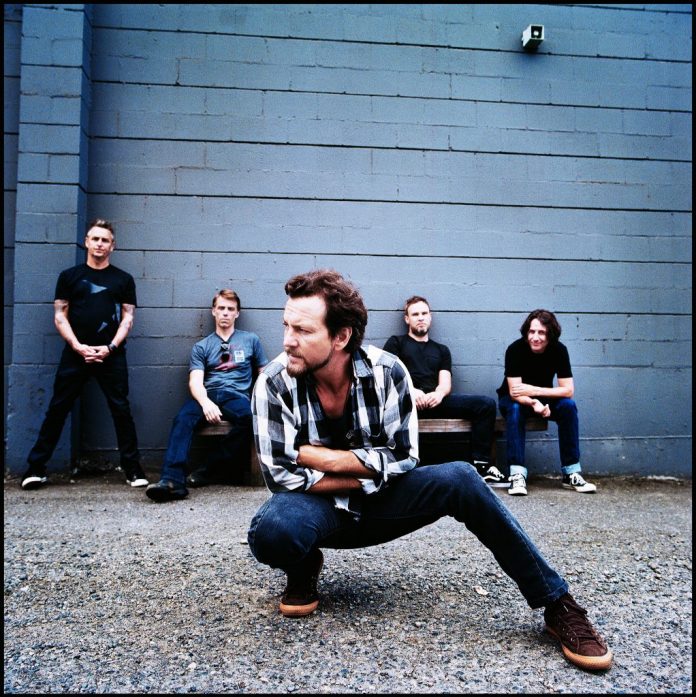 Pearl Jam have confirmed that a new album is on the way, with latest track ‘Can’t Deny Me’ the first taste of what’s to come.

The band released their first track in 5 years over the weekend with first listen given exclusively to Ten Club fan members. Now it’s completely available to stream and the band have confirmed that a follow up to 2013’s lightning bolt is on the way.

Penned by Eddie Vedder and Mike McCready, ‘Can’t Deny Me’ was co-produced by Pearl Jam and Brendan O’Brien. The track was recorded in Seattle last month. In the song Vedder seemingly takes a shot at US President Donald Trump. It’s no secret that the U.S President is disliked by the singer. He once dubbed him a ‘miserable f**k’, likening him to ‘a nasty orangutan.’

Listen to the track in full,

Pearl Jam will kick off a huge European tour in June, including two dates at London’s O2 Arena.

The Seattle rockers will hit the continent in mid-June starting in Amsterdam on June 12. They’ll travel through Europe, taking in two shows at London’s O2 Arena and a rake of festival and headline dates along the way. The band have just kicked off their tour of South America.