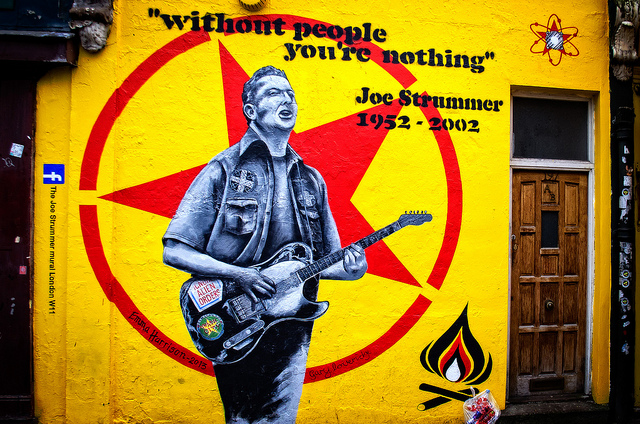 The Clash’s frontman Joe Strummer received quite an honour, well depending on how you feel about mollusks, a new species of snail has been named after the late singer.

The new ‘hardcore’ deep-sea snail, with spiky looking features, that kind of resembles a hedgehog, fits in perfectly with the punk look.

The newly discovered species are now called ‘The Alviniconcha strummeri’. They were found by scientists at California’s Monterey Bay Aquarium Research Institute.

The lads took one look at the spiky snails and decided there was only one man they could be named after.

Researcher Shannon Johnson wrote in the journal of Systematics and Biodiversity (via The Guardian), “Because they look like punk rockers in the ’70s and ’80s and have purple blood and live in such an extreme environment, we decided to name one new species after a punk rock icon.”

“The name highlights the ‘hardcore’ nature of alviniconcha snails, that inhabit the hottest, most acidic and most sulphidic microhabitats at Indo-Pacific hydrothermal vents. The name also recognises the surface of Alviniconcha shells: the spiky periostracum resembles the fashion of punk rock bands.”

The mollusks are just one of five new species located 2,000 metres beneath the surface of the ocean.

Strummer joins a whole host of artists that have had animals named after them. A species of bat was fittingly named after Ozzy Osbourne, a water pig with prominent lips was named after Mick Jagger and Aptostichus bonoi, otherwise known as the Joshua Tree trapdoor spider, was named after Bono.

Glastonbury Owner Reveals Why Queen Won’t Be Playing The Festival