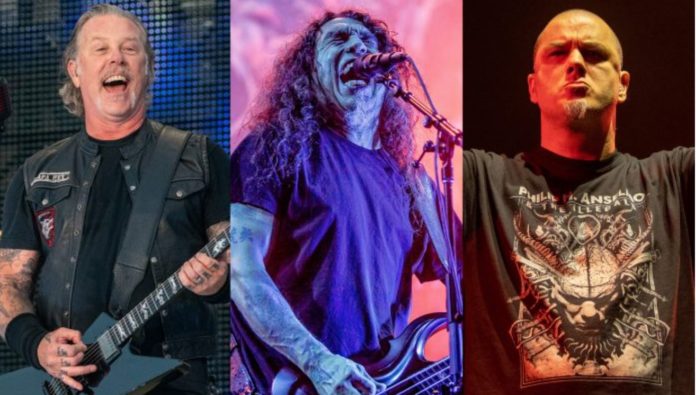 A mother from New Zealand who has a somewhat fondness for Heavy Metal, has reportedly named her three children Metallica, Slayer and Pantera.

This news was shared by Kiwi filmmaker David Farrier. Farrier shared the news on his subscriber only newsletter. “It’s not easy raising three of the heaviest bands”, the woman had also reportedly told him.

Farrier has also said that he has seen the children’s three birth certificates. The child named Metallica’s middle name is “And Justice For All”, the 1988 studio album from Metallica.

“There are no restrictions on naming babies after bands or albums, as long as the word used is not generally considered to be offensive or does not resemble an official rank or title”, New Zealand’s Register General Jeff Montgomery told Farrier.

“A big fan of crossbows”

Farrier mentioned this in a Twitter thread. Check it out below.

Despite not much being known about the mother, Farrier tweeted, “This mother is also a big fan of crossbows which are also truly metal and she deserves our complete and utter respect for this (and for raising three kids)”.

thread 2/4: i become a bit suspicious when she also included @metallica's best album "…and justice for all" in her kid's name too, but new zealand's registrar-general seems to confirm it's a real thing: pic.twitter.com/1jOy5AUWxT

thread 3/4: … plus, i've seen the birth certificates. anyway, waiting for comment from @metallica , @slayer and @pantera as clearly this metal mother (and her kids) deserve free metal gigs for life

thread 4/4: finally, i think it's important to note (as you can see in the photo in my article) this mother is also a big fan of crossbows which are also truly metal and she deserves our complete and utter respect for this (and for raising three kids): https://t.co/kiXGTrr60A

Members of the respective bands have yet to comment on this news. Although Farrier did tweet, “Clearly this metal mother (and her kids) deserve free metal gigs for life”.

Metallica is looking like his best hope of getting a reply as Pantera split up in 2003, while Slayer retired in 2019.

On the other hand, Metallica recently confirmed that their “Black Album” will be reisssued. This is to mark 30 years since this album was originally released. It included hits like “Enter Sandman”, “Nothing Else Matters” and “The Unforgiven”.

It will be ramastered for the “definitive” new reissue and released on September 10. This will contain a double vinyl and a streaming and limited edition deluxe box and more.

The Classic Album at Midnight – Foreigner’s 4