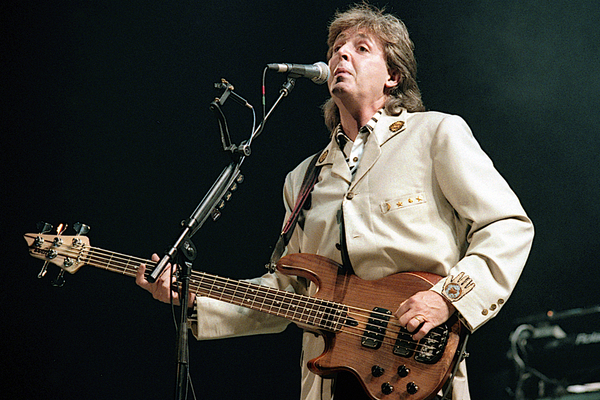 A digital copy of Paul McCartney’s hand-written notes for The Beatles hit song ‘Hey Jude’ have sold for over 50,000 pounds this weekend at a digital auction.

The auction was organized by Julian Lennon, son of the late-Beatles star John Lennon, in Los Angeles as part of Lennon Connection: The NFT Collection.

McCartney’s notes were sold in the auction as a non-fungible token, or NFT, alongside a collection of Beatles memorabilia including guitars used by the band and items pulled from Lennon’s wardrobe.

The hand-written ‘Hey Jude’ notes accounted for a total of 56,750 pounds, making it the highest selling item at this weekend’s auction.

Julian Lennon was also successful in selling several guitar’s gifted to him by his late-father, including a 1959 Gibson Les Paul, which sold for more than five times its estimated value.

Proceeds from the sale, organized by Lennon’s auction house in conjunction with YellowHeart NFT, will go towards Julian’s White Feather Foundation.

“The Lennon Connection is a trailblazing NFT collection that set the template for how high-end collectible memorabilia will use NFTs,” said chief executive and founder of YellowHeart, Josh Katz.

“The highly successful sale demonstrates that fans are very interested in NFTs of these sought-after physical collectibles.”