Advertisement
Home Music The New Nick Cave Film Will Screen In Ireland For One Night... 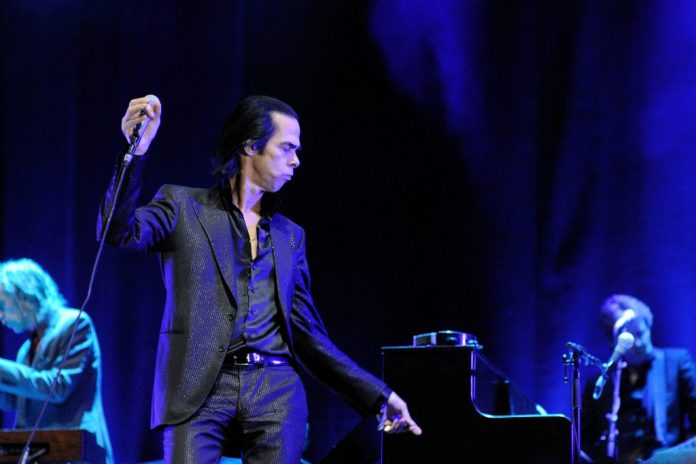 Nick Cave & The Bad Seed’s upcoming concert film, ‘Distant Sky: Live In Copenhagen’ will be released in Ireland for one night only on April 12th. It will be shown in a total of 500 cinemas worldwide for just one night.

The night in question is Thursday, April 12th. Dublin cinemas showing the film are The IFI and The Lighthouse Cinema in Dublin. In Cork, you can catch it in The Gate, Queen’s Film Theatre in Belfast and Galway’s Eye Cinema. Ticket info will be featured on distantskyfilm.com.

If you get enough of your friends to register on the sit e, they will do their best to bring the film to your area for you all to enjoy!

The film sees Nick and the ‘bad seeds’ travelling to Copenhagen as part of the Skeleton Tree tour, which Cave undertook after the death of his son, Arthur.

Cave and the band announced that they would be playing The Royal Hospital Kilmainham, along with music legend, Patti Smith, on the 6th of June. The gig is part of a massive world tour and festival performances.

Listen To Alice In Chains First Single In Five Years