Home Music Photos: Nick Cave Is To Be Immortalised In His Hometown As A... 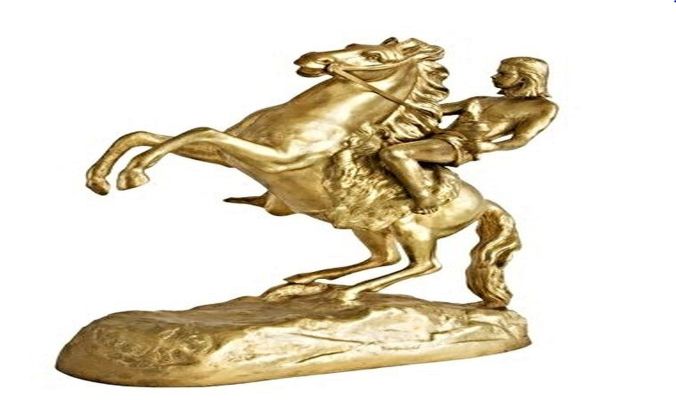 What started out as a joke between an English sculptor and an infamous Australian musician could soon become a reality. The remote Australian town of Warracknabeal, Victoria intends to honour hometown legend Nick Cave with a new statue.

The life-size statue will portray Cave in a loincloth riding a horse. According to the Guardian, a crowdfunding campaign will be launched by Peter Loy, a Cave fan and member of the Warracknabeal Arts Council. His desire is to raise up to $200,000 by August in order to erect the statue.

The sculptor and musician Corin Johnson of the post-punk band H.Grimace says that the idea for the statue began in the 1990s as a joke. Though the design has been altered several times, the final copy has been made into a maquette or prototype.

Cave and sculptor Corin Johnson designed the statue in the 90s with the singer astride a rearing stallion. Originally the plan was to make a film with Cave loading the statue into the back of a pickup truck with him leaving it as a gift to Warracknabeal locals.

Cave dubbed it ‘The Homecoming Project’ and if the town rejected the statue he would simply dump it in the desert. Instead of rejecting the idea, a group of Warracknabeal locals are campaigning in earnest to have the statue brought to fruition. A copy was given to Cave and is also on display at the Melbourne Arts Centre. Cave is reported to have described the statue as ‘a rather beautiful piece of homoerotic art.’

There has been some consternation from locals who have argued that Cave hasn’t lived in Warracknabeal since the 1980’s.

Are The Rolling Stones Set For A Return To Irish Shores?