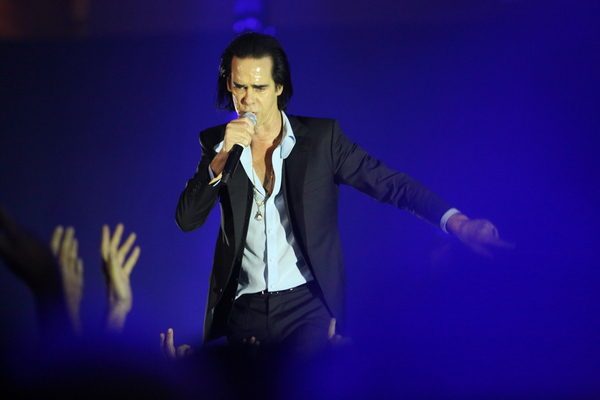 Earlier this month Cave announced that he would be performing a special solo show on July 23rd.

In the trailer for the show, Cave is seen writing in a notebook before walking into an empty Alexandra Palace where a piano is centred in the main hall.

Along with the trailer, Cave talked about the creation of this show.

“I loved playing deconstructed versions of my songs at these shows, distilling them to their essential forms – with an emphasis on the delivery of the words,” he wrote.

“I felt I was rediscovering the songs all over again, and started to think about going into a studio and recording these reimagined versions at some stage – whenever I could find the time.

And then the world “went into lockdown,” the Bad Seeds tour was pushed back and everyone “fell into an eerie, self-reflective silence.”

“It was within this silence that I began to think about the idea of not only recording the songs,” he said, “but also filming them – and so we started to assemble a small team, including the great cinematographer, Robbie Ryan, sound man, Dom Monks, and editor, Nick Emerson, with the intention to film as soon as it became feasible to get back to business in some way.”

Cave also spoke about the safety measures that were put in place saying he was surrounded by “covid officers with tape measures and thermometers, masked-up gaffers and camera operators, nervous looking technicians and buckets of hand gel.”

The film was shot in June, at the iconic London Venue.

The Global live streaming event will take place on the 23rd July 2020.