Home Music Nick Jonas Says Playing Bruce Springsteen In A Biopic Would Be “A... 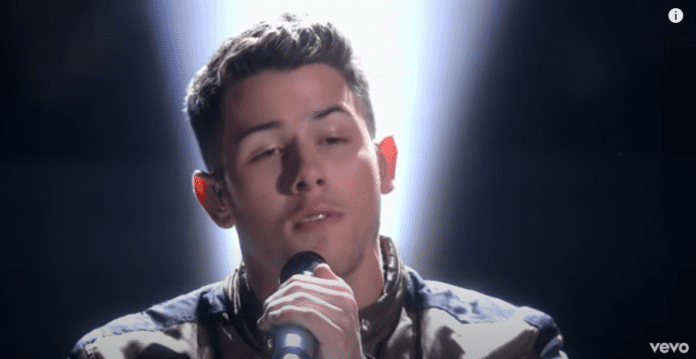 Nick Jonas has said that it is his “dream” to play Bruce Springsteen in a film about the Boss’ life.

Jonas has already enjoyed time on the screens, starring in Jumanji: Welcome To The Jungle.

Speaking recently, Jonas explained how starring as Springsteen, would be his “dream”.

“Growing up in New Jersey, Bruce obviously has a special place in my heart and my creative life”, Jonas said. Adding “and it is a dream of mine… to play him in a movie one day and tell his story in some way that would be honouring to him and that he could be involved with”.

“To have a career as lengthy as his”

Nick Jonas also called Springsteen a “champion” and added that he would love to have a career as prosperous as the “Born in the USA” singer.

“(I) could only hope to have a career as lengthy as his and as important as his has been to people,” he remarked.

Jonas also added, “And that was the thing that really stood out to me after going to a show is just, he’s been a champion for his fans his entire career, and you see it at the shows. It’s about them. Every moment’s about them, them having the best experience, best night of their week, their life, their year, whatever”.

Springsteen’s impact on the Jonas Brothers

Nick also said that whenever he is touring with his brothers Kevin and Joe as the Jonas Brothers, they were inspired by Springsteen to bring that energy to every gig and be the highlight of a fans’ “week or month or year”.

Nick said, “Me and the brothers kind of said that about our shows. It’s like, we always want to make sure that our artistic vision comes through and that we’re saying what we want to say, but we also want this to be the best night of our fans’ week or month or year. So we try to bring that same energy and that’s all thanks to Bruce’s model”.

The Boss himself has recently teamed up with former US President Barack Obama for a podcast series, released on Spotify. More here.

The Boss also recently shared a lyric video for his track “I’ll See You In My Dreams”.

Want to hear more from Bruce? Tune into his show every Thursday evening from 7pm, right here on Nova!!

US TV to Broadcast the Air Guitar Championships Finals Today