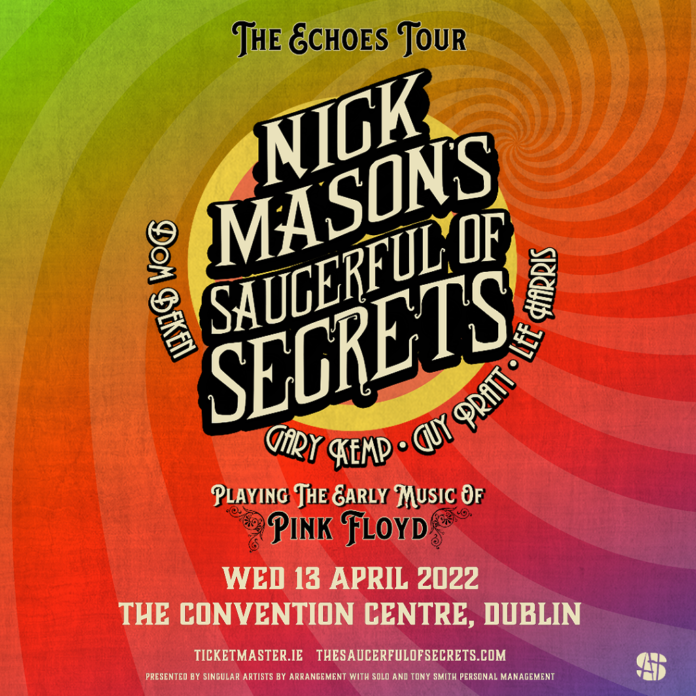 As announced by Marty Miller on Radio NOVA, Nick Mason’s Saucerful Of Secrets is coming to The Convention Centre, Dublin on the 13th April 2022.

Following acclaimed sold-out tours through the UK, Europe and America in 2018/19, this is Nick Mason’s Saucerful Of Secrets largest UK and European tour to date.

The 2022 tour will see the band further expand their repertoire and will play songs from Pink Floyd’s early catalogue up to the 1972 album ‘Obscured by Clouds’, including the epic ‘Echoes’.

Tickets from €50.00 available from Ticketmaster.ie

Madonna’s Aretha Franklin Tribute Has Upset A Lot Of People