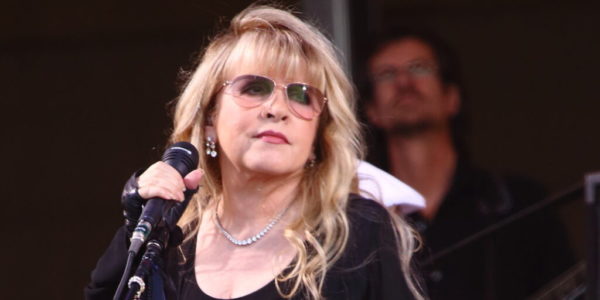 Stevie Nicks recently released a lyric video for the piano version of ‘Show Them the Way’ and has dedicated it to Joe Biden and Kamala Harris. Nicks seeks guidance from historical figures in the video that features the song’s lyrics splashed across the screen in a variety of fonts. You can watch the video below.

Nicks took to Twitter to dedicate this lyric to the pair.

“I dedicate this lyric video for ‘Show Them the ‘Way’ to our new President and Vice President Joe Biden and Kamala Harris, and to all of the brilliant people they have already gathered to go on this adventure with them. Good luck to you both. I know you will do great things. I feel it in my bones.”

This soft, piano-take on the song is one of the two official versions. In the other version, Foo Fighters’ Dave Grohl features on drums, with Eurythmics’ Dave Sterwart on guitar, in a full band affair.

Both versions were produced by Greg Kurstin, while Cameron Crowe directed the official video that depicts figures like Martin Luther King Jr. and John F. Kennedy.

In 2008, Nicks was in Chicago, Illinois, editing a concert film. She became inspired by several historical documentaries that she watched and wrote Show Them The Way. The track was almost included on 2011’s album, In Your Dreams.