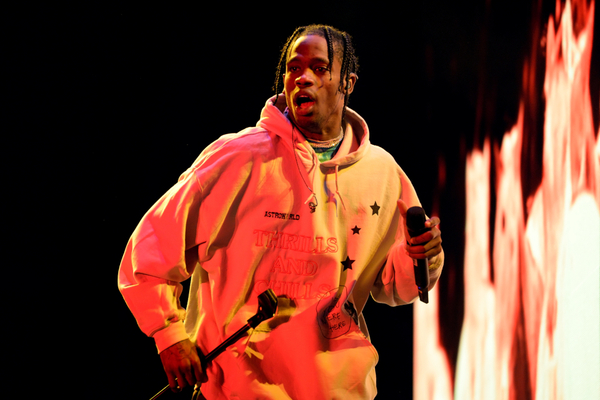 Following the tragic events of the Astroworld Music festival last week, and the subsequent lawsuits launched against Travis Scott, Nike have now postponed their collaboration with the rapper.

This collaboration was to see a rollout of Cactus Jack Air Max 1 sneakers featuring Travis Scott. This had been intially planned for December 16. The company have also yet to confirm the new date for their release.

They also agreed to postpone the collaboration, “out of respect for everyone impacted by the tragic events at the Astroworld Festival”.

On top of this, popular game Fortnite have also removed Scott from their game in light of the tragedy at Astroworld.

Following the tragedy, lawsuits have continued to mount against Travis Scott and the show’s organisers Live Nation.

Some concert attendees including Manuel Souza lodged such lawsuits claiming,  “serious bodily injuries when the uncontrolled crowd at the concert knocked him to the ground and trampled him”.

Guzman’s legal team have also asked for a restraining order placed against Live Nation, preventing them from “damaging, modifying, altering, selling or disposing of any evidence of negligence at NRG Park” at the Travis Scott festival.

Another attendee, Charles Guzman is seeking $1 million in damages. He claimed that Live Nation failed to “prevent a stampede from occurring”.

Guzman also added that insufficient medical equipment was provided. He also said that crowds were not controlled adequately.

All lawsuits mention Live Nation, some mention Scott while even a few also mention Drake who also joined Travis Scott on the stage.

“I’m absolutely devastated by what take place last night”, he wrote. “My prayers go out to the families and all those impacted by what happened at the Astroworld Festival”.

The rapper also added, “Houstan PD has my total support as they continue to look into the tragic loss of life”.