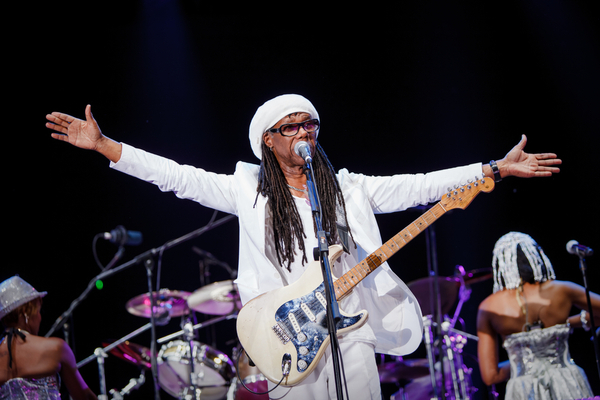 Nile Rodgers has announced a UK arena tour with Chic. The 65-year-old music legend is set to headline a five-date arena tour in the run-up to Christmas.

Rodgers and co are releasing their first record in a quarter of a century, and have shared details of the tour ahead of launching their latest album, “It’s About Time.”

Rodgers has celebrated decades of success with a range of collaborations and has worked with an impressive list of stars for the new record. Sir Elton John, Lady Gaga and Craig David all star on the forthcoming release, and Rodgers has also confirmed that a special guest will join the arena tour.

Five dates have been scheduled for the UK tour, which begins at the SSE Hydro in Glasgow on December 13. Rodgers and Chic will then play shows at the Manchester Arena, Arena Birmingham, the Motorpoint Arena in Cardiff, and finally the 02 Arena in London on December 19 th.

Nile Rodgers & Chic returned to these shores, to play the Electric Picnic just gone. Thousands of people were there to see the funk legends, undeterred by a rainy Sunday afternoon. They grooved their way through the showers delighted by tracks from the band taking them all the way through Nile Rodgers’ most legendary collaborations ‘Let’s Dance’ being the highlight once again.

Liam Gallagher Reveals Cutting Down On Booze n’ Cigs Has Affected His...