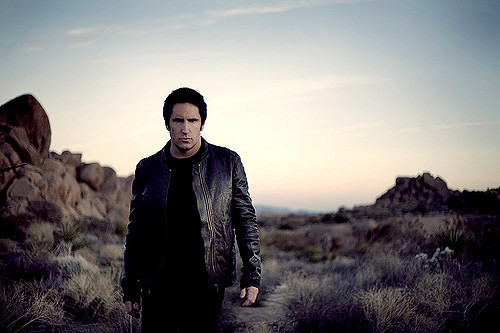 Trent Reznor, frontman of Nine Inch Nails and international man of mystery, has sent fans into a tizzy with the arrival of a mysterious powdery substance in their postboxes.

Questions weren’t exactly answered though, when the physical component finally arrived at fans home. Rather than receiving a physical copy of the EP, fans received a bunch of art covered in black dust, which has been described as being similar to printer toner.

The package which can only be described as a riddle, wrapped in a mystery, inside an enigma also contained a note which didn’t exactly give any concrete answers.  The note on the package states:

“To be read IN ITS ENTIRETY before opening. Actions have consequences! N.T.A.E. may contain subversive elements that produce feelings of euphoria and may be harmful and unsettling to the consumer. Likewise, this physical package may lead to unrealized expectations or unexpected results upon opening. Caution should be exercised with both. AND THIS IS IMPORTANT… This will make a mess. By opening this envelope in any way, you assume all risks to your person and / or property and waive any claim against the Null Corporation, any of its subsidiaries or affiliated entities from any and all damages or harm you may incur.”

Fans have posted pictures of their black dust covered “artwork” on twitter, and some are none too happy.  A reddit post exists where fans are trying to sell off their purchases.

This isn’t the first time NIN have used unusual methods to promote their album. In 2007, in order to promote their new album Year Zero, Reznor launched an internet scavenger hunt that included everything from cryptic phrases on T-shirts to Orwellian Web sites to MP3s found on USB drives in the bathrooms of NIN concerts.