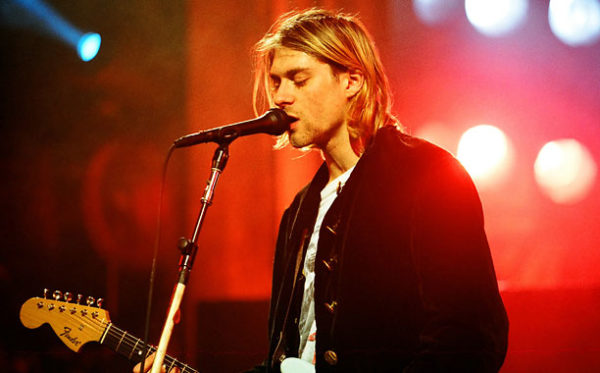 Six strands of hair from the late Nirvana frontman Kurt Cobain are being auctioned off, along with other items from Led Zeppelin, the Beatles and more.

Cobain’s blonde locks are under the hammer as part of the “Amazing Music Auction”. The bidding began yesterday, May 6.

Some of the proceeds are to go to Live Nation’s Crew Nation. They are a global relief fund helping live music workers who are out of work due to the pandemic.

The company’s listing revealed that the strands of hair came from a haircut Cobain got in 1989. At the time, he was supporting Nirvana’s first studio album “Bleach”.

Cobain got this haircut from his “early confidant” Tessa Osbourne. Osbourne then gave the “orginal lock” to Seattle artist Nicole DePolo after Cobain’s death in 1994.

The description read, “This one-of-a-kind artifact is entirely fresh-to-market, and accompanied by an impeccable lineage of provenance including images of Kurt posing with the woman who cut this hair, scissors in hand, and a fantastic shot of the hair actually being cut!“.

The minimum bid for Cobain’s locks stood at $2,500 (£1,800). You can find the auction page here. You can also check out the full list of items up for auction here.

Around this time last month, music fans paid tribute to Cobain to mark 27 years since the singer’s death in April 1994.

One fan wrote, “In April 1994 I wasn’t 7 yet and I wasn’t aware that your music and your attitude would be such a comfort and a rescue in my life for the years to come,”.

It was also reported recently that Cobain’s “The Last Session” photoshoot is being sold as a non-fungible-token (NFT). More on that story here.

The strands of hair are also not the only Cobain item to be sold at an auction. Last June, the late Nirvana frontman’s guitar used for the band’s MTV Unplugged performance was sold for $6 million. More here.

Whitesnake Confirm They Wrote A Tune For B.B. King