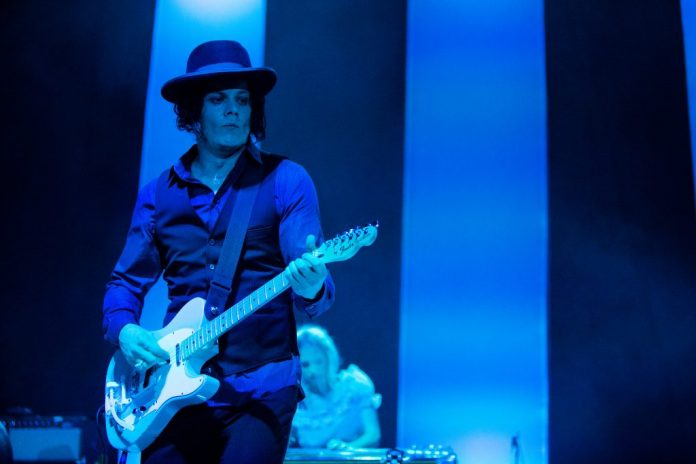 We feel like this has been coming a while now. One half of The White Stripes, Jack White has announced that he is banning the use of mobile phones at his upcoming live gigs.

White will release new album ‘Boarding House Reach’ this March, along with his first string of UK gigs in four years. He will then tour the US in April, with statements about the gigs saying that they will be ‘phone free’. The following statement was published on a Jack White fan account on Instagram.

I appreciate what Jack is trying to accomplish here, and I agree that phones are so annoying at shows. But I think this is too extreme and kind of obsessive….especially seeing there have been so many mass shootings at large concerts these days. It also makes me uncomfortable being a young woman in a huge crowd and potentially not having access to my phone in case I was put in a very uncomfortable or threatening situation.

It’s not clear as to whether the policy will be implemented at his UK gigs. The news certainly isn’t a surprise from White. He previously criticised people at gigs who spend more time on their phones than watching the artist on stage.

Speaking to Rolling Stone in 2014, White said: ‘People can’t clap any more, because they’ve got a fucking texting thing in their fucking hand, and probably a drink, too! Some musicians don’t care about this stuff, but I let the crowd tell me what to do. There’s no set-list. I’m not just saying the same things I said in Cleveland last night. If they can’t give me that energy back? Maybe I’m wasting my time.’

More updates as we get them!

Chris Martin to join The Voice US