Home Music News Noel Gallagher Has Declared Who He Wants To Portray Him In A... 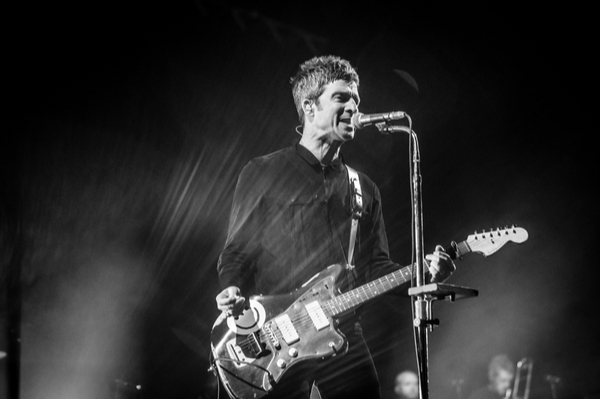 British rocker, Noel Gallagher has revealed who he would like to portray him in a biopic about the Oasis star. The guitarist said Michael Fassbender would be the perfect man to take up the role of the Manchester hard lad. He sees facial similarities between the Irish actor and himself, making him the perfect choice.

Speaking to the Matt Morgan Podcast, Noel quipped, “I have quite a unique look.  Would anybody want to play me? I don’t know. Maybe Michael, because he’s a great actor.”

The story follows comments made by Noel’s brother, Liam, who previously revealed who he would back to portray the brothers in an Oasis biopic. The Oasis other half joked that while one of his sons could portray him, Noel’s daughter Anaïs could play her dad and X Factor‘s Louis Walsh would play McGee.

Although no news of an Oasis biopic has yet to be heard, the band made a special announcement last month of a concert documentary looking back at their record-breaking Knebworth shows, almost 25 years ago.

For two days across August ‘96, 250,000 fans were blown away at Knebworth Park, Hertfordshire. Several records were set with the extraordinary, two-day session. The gig acquired the largest-ever demand for a gig in British history with more than 4% of the population applying for tickets.

The concert documentary will be releasing in cinemas via event cinema specialists, Trafalgar Releasing, with dates still to be announced. Production of the documentary is being completed by RSA Films, with both Noel and Liam Gallagher serving as executive producers.

Noel previously confirmed that the film will lean heavily on never-before-seen archive footage that was shot at the time of the seminal shows. Meanwhile, the High Flying Birds frontman said that he does not feel live gigs will return to the UK “anytime soon”, due to the “f*****g dreadful” COVID-19 restrictions. Gallagher, who has recently scored his 12th UK Number 1 album with Noel Gallagher’s Highflying Birds’ “Back The Way We Came”, shared his views on when he thinks he will be able to tour again and the music industry.

Over 60 Million People Are Signed Up To Spotify Premium