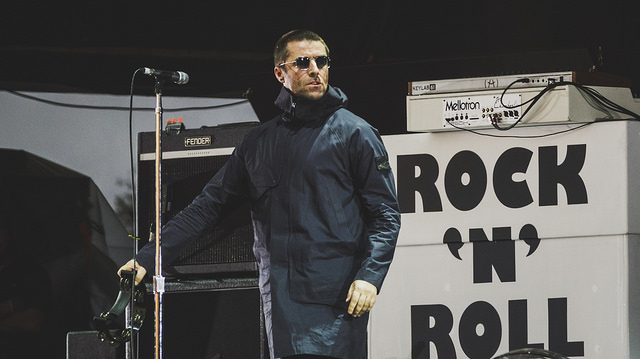 Noel Gallagher‘s wife Sara Macdonald has called Liam Gallagher a “fat twat”. That was after she was asked if she would be checking out Liam’s Glastonbury show last weekend.

Macdonald was spotted in attendance at the festival on Friday and shared photos of Stormzy’s incendiary headline set. She had nothing but praise for the rapper, hailing him as a “fucking dude”.

However, she clearly did nto feel the same way when a fan asked if Macdonald would be checking out Liam’s Pyramid Stage performance on Saturday.

One of her followers asked, “Staying for Liam’s set?”. To which MacDonald retorted:

“Think I’m going to swerve that. The fat twat doing his tribute act, balancing a tambourine on his head is going to look pretty dated after Stormzy.”

The NME reports that the post has been deleted, but a screenshot was circulated online.
Liam has claimed that Sara MacDonald was “the reason Oasis is no longer”.

The younger sibling called her “a witch”, “proper dark” adding that she “had a screw loose”. He also said that she is “up there with Putin“.

Noel has said that Liam’s past insults aimed at Macdonald and the rest of his kin were a huge factor as to why he had no wish to reunite Oasis.

Regardless of Liam’s constant pleas to “get the big O back together“, Noel maintains that there’s “not a cat in hell’s chance”. Speaking to Mojo Noel clarified: “At the beginning, I would have said to my management, there’s a magic number. If it reaches that magic number I’ll do it. Give me a shout. A couple of monster gigs.”

“Even a tour of the big cities, a world tour, stadiums, burn a load of money, buy a yacht, buy a plane, and another house, then go back to what I’m doing. Easy. I wouldn’t even have to travel with the c**t.”