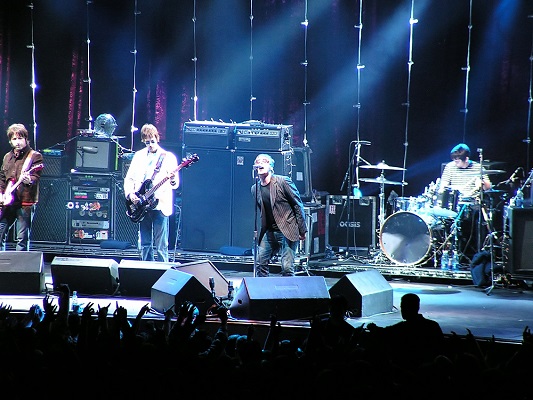 The backing singer and scissor-player claims the former Oasis guitarist is not interested in all the drama surrounding the brotherly feud. The pair have been locked in a war of words since their infamous split following a backstage bust-up between the pair at their last gig, in 2009.

“Maybe from his past of having had arguments maybe now he just wants to have a nice time,” she said. “I was really surprised when I joined. All the technicians were just so lovely, and I was like: ‘Wow’. I couldn’t believe how lovely everyone was.”

However, chances of an Oasis reunion ever happening continue to dwindle with the latest setbacks. Liam (48) was recently snubbed by Noel for last month’s celebrations of ‘(What’s The Story) Morning Glory?’ 25th anniversary.

Noel used Oasis’ social media pages to ask fans to submit questions via video to feature in the film, ‘Return to Rockfield’, which he recorded as part of the anniversary.

“So anyway… as you are probably all aware ‘(What’s The Story) Morning Glory?’ turns 25 this year. To celebrate I will be doing a bit of filming to discuss the album and its lasting legacy,” Noel said. “I am asking you to submit any questions you might have about the making of the record, the writing of the songs and the times in general. If you could film yourselves asking the questions too that would be most excellent.”

Being left out got to Liam as the Supersonic singer took to Twitter to express his annoyance and referred to Noel as “potato”.

Liam has always been up for reuniting the Britpop group, but Noel has continued to dash hopes of it ever happening, commenting earlier this year.

“For the record, until anyone hears it from ME, it’s not happening.”