Radio Nova has welcomed an announcement by the Broadcasting Authority of Ireland that it is seeking expressions of interest in new commercial radio licences.

The BAI has today placed advertisements in the national press calling for submissions from parties interested in the provision of new commercial analogue radio services on the FM band.  The BAI is open to suggestions on both the types of services to be provided, and the areas to be served by such additional services.

Nova broadcasts to Dublin and the commuter belt but has made no secret of its ambitions to extend its reach nationally.

“We’re preparing a very well-reasoned and logical argument that Radio Nova can bring diversity, and a new radio service, to many more people that we are currently allowed to. We’ve identified that we could provide the parts of Ireland outside Dublin with higher population density, some 2 million people, with a new rock radio service”, says CEO Kevin Branigan.

The new area would take in the cities of Cork, Limerick, Waterford, Galway and Kilkenny, as well as the Midlands and the North East of Ireland.

Branigan claims that Nova already has a substantial number of listeners outside the Dublin commuter belt, listening via the stations smartphone apps and the Irish Radio Player and that there is no service like Nova anywhere else in Ireland.

“Thousands of people listen to us every day outside our franchise area. We continually receive calls, emails and Facebook messages from people wondering why they cannot receive us on FM outside Dublin”, says Branigan. “Our listeners have even set up a petition, with thousands of signatures on it already, to have Radio Nova available outside Dublin”, he says.

Nova would create up to 10 new jobs under its plan and could broadcast nationally within two months of being given the go-ahead by the regulator. The expansion plan would be funded by the station’s shareholders.

The station has 135,000 listeners as per the recent JNLR.

The BAI have indicated a closing date of August 3rd for submissions. 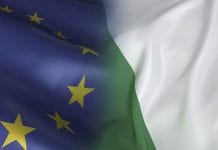