Home Music News The Nova Discovered Final Is On At Tramline Tomorrow Night! 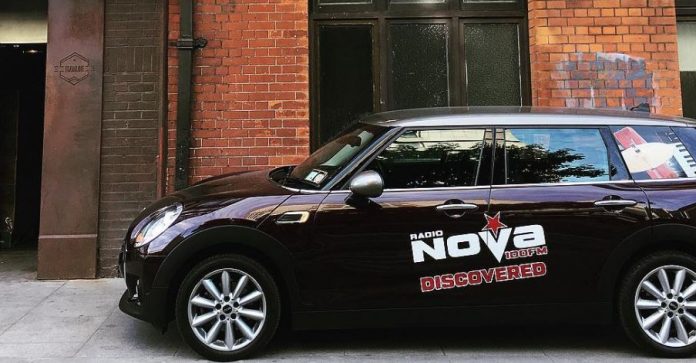 Just a reminder the final is tomorrow night Thursday 20th at Tramline, Hawkin’s Street. We have 5 Acts on stage, each performing 2 songs.

Pecking Party are a Dublin based four-piece heavy electronic rock band with a sound that blends some of the heavier elements of electronic music together with the aggressive energy of punk. Energetic, melodramatic, ridiculous at times; all are appropriate representations of what makes the young quartet’s music their own.

They began their journey together as their current lineup in 2013 still in school, basking in teenage spotty awkwardness. Since then they have grown together as musicians, performers and individuals, and with them has grown their distinctly unique sound.

Their sets have people solemnly swaying to airy synths one minute and spilling pints all over themselves in a mosh pit the next! See you in the pit at Nova Discovered!

DB Hews is the stage name of Eugene Egan from Dublin. The son of musician Paul Egan of the Liffey Light Orchestra, he picked up his first instrument age 5, starting his first band at 15.

Through this and his involvement in choirs, he gravitated towards a blend of jazz, blues, and choral music.

Formerly of the band Amberfly, the posting of his Bob Dylan homage ‘Frightening Times’ on YouTube in June 2017 marked the first time his music had been heard since 2013.

Building confidence, he wrote ‘Does My Baby Even Care to Know’ for short film ‘Lose Like a Human’ by Luka Vukos, winning Best Original Score at the Hyperdrive Film Festival 2018.  We look forward to DB Hews performance at Nova Discovered!

Ultitune are a music band based in Dublin, Ireland, who come from different backgrounds bringing a new flavour with their fresh funky-pop style. They were formed by Bassist (Francis Illunga) and Drummer (Yuki Egharevba) on the 23rd February 2017 and later joined by Lead Vocalist (Josh Bibat) .

With each member having different artists who’ve heavily influenced them in music, they combine their styles together forming the name Ultitune (Ultimate-Tune) which represents that music is limitless.

Their first debut single “Escape” is about going through personal struggles in life and finding a way to escape them.  They bring their ulitimate-tunes to the Nova Discovered stage!

The Dutch folk musician moved to Ireland at age twenty-one to pursue music. Her music is laced with Leonard Cohen and Nick Drake influences. She experiments with folk and country elements, whilst keeping her rich, soft and velvet-like voice at center stage.

Irish raconteur, Hubert Murray, has a voice bursting from the soul. His songs feature lost loves, inner demons, compulsive liars & day dreamers, rounded out with a masterful hand over the fretboard.

His performances embody all that is best in modern roots music, combining energy, soul and storytelling. His sound bows a head to the masters of melody and word such as; John Martyn, Van Morrison, Laura Marling, Heaney and Bukowski.

Hubert will be treating Nova Discovered audiences to his soulful tunes at Tramline tomorrow night!