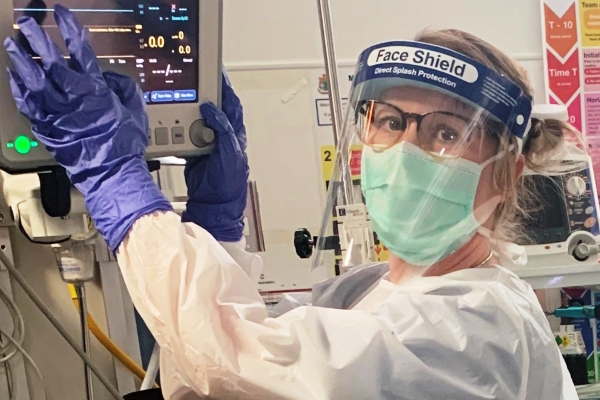 The Irish Nurses and Midwives Organisation is to consult nurses on industrial action over unsafe staffing levels and overcrowding.

This week has been the worst on record for overcrowding in hospitals here with almost 3,000 people on trolleys between Tuesday and today.

The INMO say what happened this week was “totally avoidable” and they warned that there would be overcrowding in January.

Minister Stephen Donnelly said he is listening to nurses and midwives:

“We need to listen very carefully to the nurses, to the midwives, and be responding to the things that they’re saying.

“So really what we need to be doing is working with the HSE, working with individual hospitals to find ways to have a permanent healthcare professionals in those roles because the roles broadly are sanctioned.

“I think that’s the kind of thing that the emergency department nurses need to be hearing.”

In a statement earlier following an emergency meeting of it’s Executive Council, the Secretary General of the INMO Phil Ní Sheaghdha said:

“The Executive Council of the INMO, made up of working nurses and midwives, have today taken the decision to begin a period of consultation on a campaign of industrial action in pursuance of safe staffing levels that are underpinned with legislation and clinical facilitation in all hospitals to ensure a safe skills mix.

“What has transpired this week in our hospitals was totally avoidable.

“For too long nurses and midwives have been warning that we were going to see an overcrowding blackspot in January unless serious and meaningful action was taken.

“While many will try to laud the fact that we have seen a decrease of patients on trolleys from 931 to 535, we won’t be part of attempts to justify this as an improvement.

“Nurses and midwives expect and deserve to work in a safe practice environment in which they can deliver the safe and excellent care they are trained to provide.”