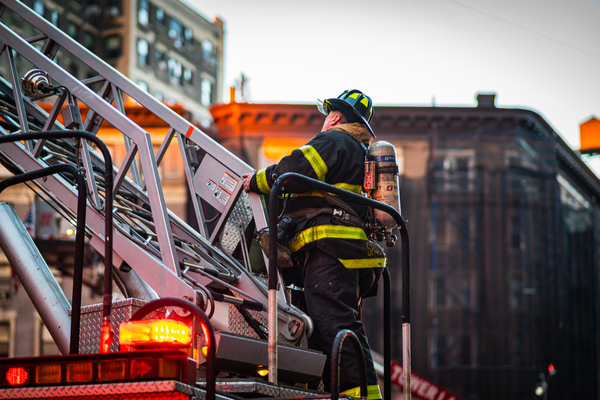 A devastating fire protruding through a 19-story high-rise in the Bronx on Sunday, leaving at least 19 people dead. According to New York City officials, a further 63 others were injured in the city’s most devastating blaze “witnessed in modern times”.

“This is going to be one of the worst fires we have witnessed in modern times here in the City of New York,” Mayor Eric Adams said of the “horrific”, and “painful” incident. Mayor Adams further confirmed that nine fatalities were children in a second Sunday afternoon press conference.

FDNY Commissioner, Dan Nigro confirmed in the second press conference that, “This fire began in an apartment that spans two floors, on the second and third floors of the building. It started in a malfunctioning electric space heater; that was the cause of the fire.

“The fire consumed that apartment that is on two floors and part of the hallway. The door to that apartment, unfortunately, when the residents left, was left open. It did not close by itself. The smoke spread throughout the building, thus the tremendous loss of life and other people fighting for their lives right now all over the Bronx,” he added.

First responders arrived within three minutes of receiving a call about a fire that had engulfed a duplex apartment. The blaze, which took place at 11am local time, had taken around 200 members of the New York City Fire Department to extinguish.

The commissioner continued to add that firefighters were initially met with “very heavy smoke and very heavy fire” when they reached the first hallway. “This smoke extended the entire height of the building,” Nigro said, calling the occurrence “completely unusual.”

Many victims were suffering cardiac and respiratory arrest due to smoke inhalation, as firefighters retrieved victims from all floors of the apartment block. Although the fire – extinguished shortly before 1pm local time ­– remains under investigation, commissioner said it currently “does not appear suspicious”.

Mayor Adams has claimed, “We are going to do everything we can to bring services on the ground here to give them the assistance they need as we all recover from the trauma of what we are witnessing here in the buildings behind us.”

Varadkar Believes Ireland Is In Good Place To Ease Restrictions In...