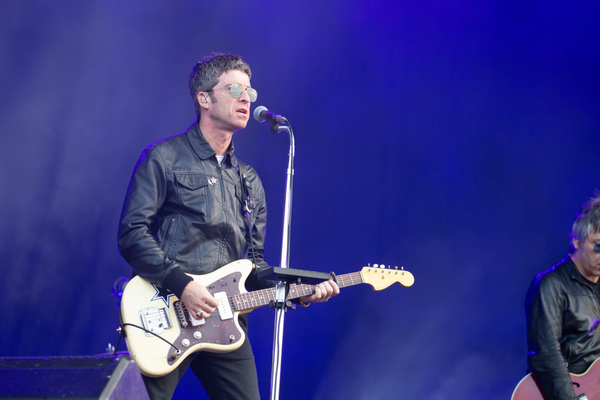 Speaking at a recent Q&A at the premiere of the new film Oasis At Knebworth, Noel Gallagher said that the film captures the diversity of the audience when they were “at their zenith”.

Gallagher also went on to say that the band later attracted a more “yobbish element” towards the end of their career. Oasis split up in 2009.

These two gigs took place in August 1996 and were watched by over a quarter of a million people globally.

The High Flying Birds frontman also spoke about the sheer energy that this Knebworth documentary captures of these gigs from August 1996.

“I felt that, at that time, anybody who was anybody was about my age”, Noel Gallagher said.

He also added, “Thatcherism was on its way out. We didn’t know it, but it was. There was a young guy called Tony Blair who was about to come and sweep it all away with the will of the people”.

“We had Prince Naseem Hamed, who was this flamboyant little Muslim kid who was just fucking laying waste to everything. You had Kate Moss, Damien Hirst, Oasis, Blur, Pulp, Irvine [Welsh] – everybody seemed to have come from the bleakness of the late ‘70s and ‘80s and had done something with their lives”.

Gallagher continued, “Not only that, but they had a voice. I’m not even sure what we were trying to say collectively, but the people were listening. It’s a great moment for the band. ‘Morning Glory’ hadn’t really taken off and, I know it sounds mad now, but we hadn’t got paid. We were fucking loaded, but we hadn’t been paid. The chimps hadn’t turned up, or the tigers, the fur coats, the top hats and fucking laser beams – the good stuff”.

“We were still in the same circumstances as our audience, almost. It was a real snapshot of a band at its zenith”, he added.

Gigs were “a real snapshot of the time” – Gallagher

Noel Gallagher also remarked that the film shows a more diverse Oasis fanbase. He said that the fanbase became more male dominated up until their split in 2009.

“Our audience then, and you’ll see this in the film, it’s quite mixed boys and girls”, he explained.

“Oasis towards the end had this yobbish element. The second generation of Oasis fans became quite yobbish. For better or for worse, I don’t know why that was – but at that point (Knebworth) it was boys and girls”.

“There was only one arrest the whole weekend. Some f****r let the side down. F*****g Scouser. But it was a celebratory time of youth culture. There’s a tonne of interesting things to look out for. If you look at the ground then, they don’t look that different to how we look today”, he added.

“In 25 years, we haven’t changed that much. I look a lot better, but Liam looks virtually the same. If you go 25 years previous to that, it’s black and white, it’s another world. It’s crazy how youth culture has closed down – and I blame the internet – but fucking don’t get me started on that”.

Oasis At Knebworth arrives in cinemas on September 23.