Home Music Oasis Reportedly Offered €20 Million By MCD To Reform For A Slane... 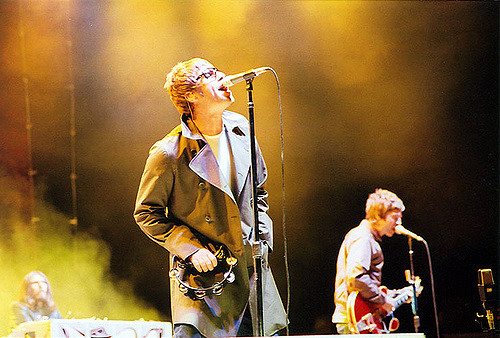 Promoter MCD has reportedly upped the ante in attempting to get Oasis to reform. The Gallagher brothers last played Ireland in June 2009, at Slane Castle, just two months before Liam had a run in with his big brother Noel backstage before their Rock en Seine gig in Paris. Noel then confirmed on the band’s website he had left the band as he could no longer work with Liam.

Now it’s reported by Extra.ie that MCD has offered the feuding brothers a massive sum of money to reform, specifically at Slane Castle, almost 10 years after they first played there. MCD boss Denis Desmond admitted that ‘an offer is on the table’ for the Manc band, and that both Noel and Liam are highly aware of it.

‘We promote Liam, and we promote Noel. Liam has always said someday they will [reform]. They’ve played Slane with R.E.M., there’s always an offer on the table, and they know it. It goes up every week. And they know that as well.’

Liam has made no secret of his desire to get the band back together, tweeting in July ‘Earth to noel listen up rkid I hear your doing gigs where people can’t drink alcohol now that’s the BeZarist thing you’ve done yet. I forgive you now let’s get the BIG O back together and stop fucking about the drinks are on me LG x [sic}.’ Without any official reply coming from Noel, Liam later tweeted ‘I’ll take that as a no.’

Noel has previously revealed that he would reform the group if they were paid £20m. Speaking to The Daily Star,

‘For 20 million quid, one gig — that is good money isn’t it?’ the now solo artist, who is touring with his band the High Flying Birds,. ‘But I have never had that offer from anyone yet.’

Desmond meanwhile has said MCD’s offer would beat Glastonbury’s offer, which has been rumoured to have offered the band millions to reform for one gig in 2019.

Photos: Courtney Love’s Old Gaff Is For Sale If You Fancy!