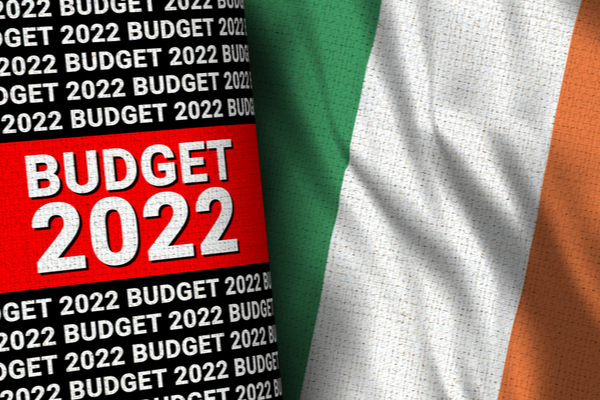 The Minister for Housing does not accept that renters will not get anything out of Budget 2022, with opposing politicians feeling measures on housing are for landlords and landowners. Although no new measures have been added on top of the Government’s Housing for All plan, Minister O’Brien reveals changes to rent increase caps will be announced in the coming weeks.

“It is tough out there for renters, and I absolutely recognise that, and that’s why in Housing for All that we want a new deal for renters,” O’Brien said. “I will, within the next couple of weeks, be bringing in further changes to caps on rent, intended to be able to deal with the recent increase in inflation, that we’ve a more permanent cap in the rent increase that’s permitted out there.”

The latest housing measures in Budget 2022 will see €6 billion allocated to the sector next year, a 15.6% rise on last year. 4,000 affordable homes will be delivered in 2022 through a funding of €174 million, with the help-to-buy scheme retained at current rates and review next year. A zoned land tax will also be introduced to replace the vacant sites levy, with a three-year extension to pre-letting expenses relief for landlords.

Although admitting “it’s taken quite a bit of work to get to this stage”, O’Brien revealed an introduction of “tenancies of indefinite duration” is also just a number of weeks away. He believes it would be a “very significant change”, although suggested that the reality of it is, “when you’re bringing change to this sector, there’s a lot of complexity involved there”.

Rebecca Moynihan, a Labour spokesperson on housing, labelled the Budget a “missed opportunity” in tackling systemic issues in the housing market, as well as confronting the rental crisis head on. Ms Moynihan said the Budget contained tax breaks for landlords “but nothing for renters”, before adding it is “particularly telling that there has been no change to the HAP (Housing Assistance Payment) limit despite the record rents throughout the country.”

In response to the Budget, national housing charity, Threshold concurs with Ms Moynihan’s comments. It believes an increase in base HAP rates is required to ensure that low-income renters are adequately supported.

Although Threshold welcomes an increase of €5 in the fuel allowance announced in the latest Budget, it feels more changes need to be implemented. The charity believes that specific measures for landlords must be included within the National Retrofitting Scheme to assist with the improvement of energy efficiency for private rented housing.

Property owners have also criticised budgetary measures, describing themselves as being “disheartened” amid an “exodus of small investors” from the market. Meanwhile, Micheál Martin feels that Budget 2022 will lower the cost of living “in the round”, although he feels “everything couldn’t be done this year”. Read more on the Taoiseach’s comments here.