An Irish composer plans to stage an opera about the Harvey Weinstein scandal in Belfast — and wants to take the production to New York where Weinstein was tried for and convicted last year of rape and a forcible sexual act.

Conor Mitchell directs the Belfast Ensemble, which is hoping to stage “The Trial of Harvey Weinstein” at the Belfast International Arts Festival this fall.

“Belfast is a very politicized place. There is a real tradition here of highly politically charged subject matter in the plays,” said Mitchell who spoke to the New York Post on Saturday.

Mitchell though, said he ”doesn’t care about Weinstein”. The title of the opera includes Weinstein’s name, but the focus of Mitchell’s work is the women who accused Weinstein.

He plans to tell their stories by reformatting their testimony from last year’s New York City trial in the opera’s libretto. There won’t even be a male actor to play Weinstein.

“It’s not a representation of court case, but a piece of art that responds to [the women’s] statements. It’s not a physical re-creation of events,” Mitchell said. “I think one of the big theatrical experiments is what happens when Harvey Weinstein’s self impact statement is sung by the women who are impacted by his behavior.”

In March 2020, Weinstein was sentenced to 23 years in prison after being convicted of third-degree rape and a first-degree criminal sexual act following a one-month trial in New York City. Earlier this month, a New York judge cleared the way for Weinstein’s extradition to Los Angeles to face 11 additional sexual assault charges. 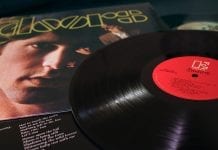 Captain Americas To Give Away Mystery Gifts