Home Music Ozzy Osbourne Bandmate Given Only 8 Months To Live 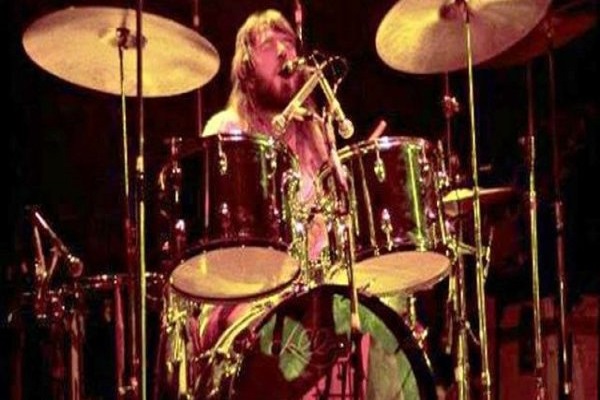 13
Shares
Lee Kerslake the drummer with Ozzy Osbourne’s first solo rock group, Blizzard of Ozz,  announced the sad news that the cancer he has been battling has spread and under medical advice he has been given eight months to live.

In an interview with The Metal Voice Kerslake revealed, “It’s prostate cancer, but it’s moved to rest of my body. I have now have bone cancer, which is a nasty one, so the doctor gave me about eight months to live. … But I’ve been fighting all the way – five years ago they gave me four years to live, and so that gives you an idea.”
However the drummer said that he remains hopeful despite the prognosis, “I’m fighting it and there’s no telling what can happen. They might have a new drug come out, and I’ll experiment with it if it keeps me alive. … All this time I have had this terminal cancer, but I have defied it because the music kept me fighting.”
Kerslake and his fellow bandmate Bob Daisey had a lengthy legal battle with Ozzy regarding songwriting credits and royalties.  The drummer said that he is not holding on to any grudges, “It’s all forgotten and forgiven. I’ve written to Sharon and Ozzy recently, a personal letter basically asking them to kindly send me platinum album certifications for Blizzard of Ozz and Diary of a Madman, to hang on my wall before I die. It’s on my bucket list.”

“I hope they will come to terms with it and say yes. I went belly-up bankrupt when I lost the case to Sharon and Ozzy Osbourne in the courts. It costs me hundreds of thousands and I had to sell the house, and then started to get ill. … But a platinum certification on my wall for these albums would be fantastic. … It would say I helped create those albums.”

If you can help in anyway at all, it would be much appreciated
Big bear hugs!
Lee@ClassicRockMag@PlanetRockRadio@KerrangRadio