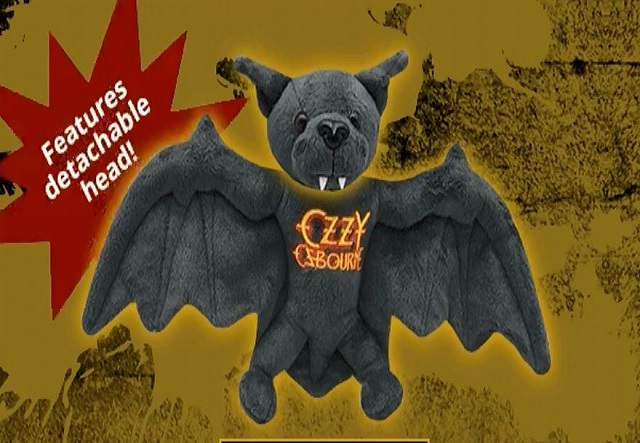 One of Ozzy Osbourne’s most notorious stage antics occurred on January 20th, 1982, when the Blizzard of Oz bit the head off a bat during a show at the Veterans Memorial Auditorium in Des Moines, Iowa.

In fact Ozzy originally thought that a fan had hurled a rubber bat onstage which was why he bit the head off the bat! According to CoS, to honour the anniversary of the accidental bat consuming incident, Ozzy is selling a cute new toy bat that comes with a detachable head!

In a tweet announcing the plush bat, Ozzy writes, “Today marks the 37th Anniversary since I bit a head off a f*cking bat! Celebrate with this commemorative plush with a detachable head.” The Tweet also shows an animated GIF showing the head detaching from the rest of the toy.

Today marks the 37th Anniversary since I bit a head off a f*cking bat! Celebrate with this commemorative plush with detachable head.https://t.co/Of23jCDtaa pic.twitter.com/U8ZkmOYOey