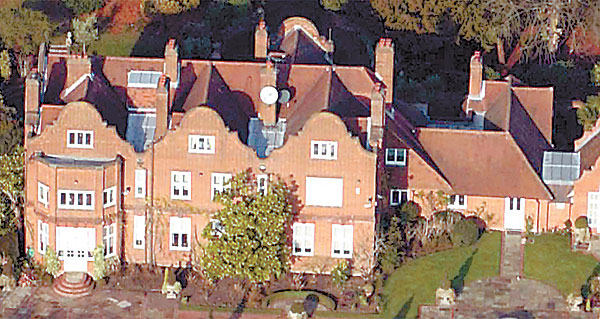 Ozzy Osbourne has revealed that his Buckinghamshire mansion has suffered a whopping three hundred thousand pounds worth of damage following England’s recent floods.

Buckinghamshire is just one of the many areas in which the recent floods devastated homes, communities and businesses around the country. The English Met Office confirmed that it was the wettest winter since records began in 1910 in parts of the UK.

Speaking to the Daily Mirror Ozzy has said the £5 million house is ruined.

“It’s been completely flooded. The rain has battered down the walls and seeped through everything. There is water everywhere.

“We’ve been told it’s going to cost £300,000 to repair but we can’t even go about getting it fixed because apparently it’s going to take nine months to dry out. The place is ruined. If it’s not one thing, it’s the other.”

The house has become something of a curse for Ozzy and Sharon in the past, in 2003 Ozzy a serious accident on the grounds breaking his collar bone, eight ribs and a neck vertebra while quad biking on the grounds of the mansion.

Then to make things worse the house was then burgled in 2004 with precious items of jewellery and jems being stolen from the home.

Muse Are Working With AC/DC Producer On New LP