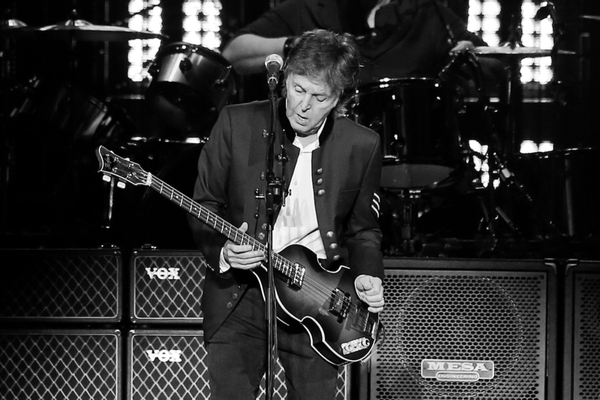 Paul McCartney has announced plans to tour North America in the Spring.

Tickets for the music icon’s “Got Back” US Tour will go on pre-sale on Tuesday 22 February at 12pm, before going on general sale on February 25 at 10am local time.

You can get your hands on tickets and more info on tour dates here.

McCartney’s tour will last for 14 concert dates. The Beatles legend will kick off the tour on April 28, before hitting Seattle, Boston, Los Angeles, and Baltimore. The tour concludes at East Rutherford on June 16.

This is the first Paul McCartney tour since his “FRESHEN UP” Tour in 2019.

“Well I Got Back”

McCartney took to Twitter to confirm the news regarding his “Got Back” tour.

Paul McCartney wrote, “I said at the end of the last tour that I’d see you next time. I said I was going to get back to you. Well, I got back!”.

GOT BACK. NORTH AMERICAN TOUR 2022

“I said at the end of the last tour that I’d see you next time. I said I was going to get back to you.
Well, I got back!” – Paul

Copy Of Notes Written By McCartney For “Hey Jude” Sold

Elsewhere, it was reported that a digital copy hand written notes written by McCartney for Beatles track “Hey Jude” were recently sold for over £50,000 at a digital auction.

At an auction organised by John Lennon’s son Julian, McCartney’s notes were sold as a NFT token, alongside a collection of Beatles memorabilia which featured guitars that were also used by the band.

These guitars were pulled from John Lennon’s wardrobe.

These hand written “Hey Jude” notes sold for £56,750. It was the highest selling item at the auction.

YellowHeart founder and chief executive Josh Katz also said this about the auction, “The Lennon Connection is a trailblazing NFT collection that set the template for how high-end collectible memorabilia will use NFTs”.

“The highly successful sale demonstrates that fans are very interested in NFTs of these sought-after physical collectibles”. More on this report from Nova here.

Listen To A New Mashup of Led Zeppelin and Greta Van...