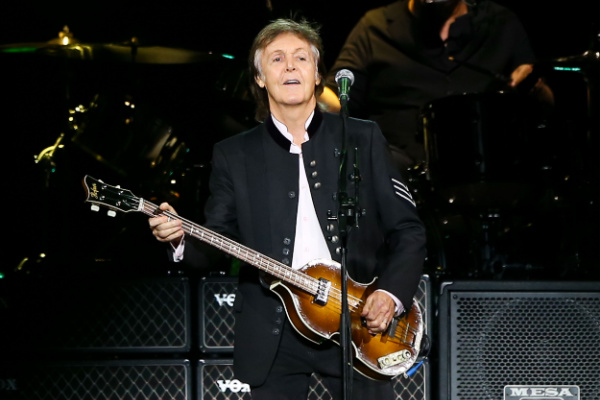 Paul McCartney has admitted that he continues to grieve for his bandmate John Lennon.

The singer made these comments during an interview about the making of his 1982 solo album ‘Tug of War’.

Speaking to Sirius XM’s The Beatles Channel, McCartney explained that he felt unable to share amidst the outpouting of tributes to the late singer. John Lennon was shot dead in 1980.

McCartney revealed, “I remember getting home from the studio on the day that we’d heard the news he died, and turning the TV on, and seeing people say, ‘Well, John Lennon was this,’ and, ‘What he was was this,’ and, ‘I remember meeting him then”.

Following Lennon’s death, Paul McCartney released the solo album ‘Tug of War’ in 1982, which includes the track ‘Here Today’, a track which imagines answers given by Lennon to questions posed by McCartney.

“If I say I really knew you well, what would your answer be, if you were here today?”, the lyrics read.

“Well, knowing you, you’d probably laugh and say / that we were worlds apart, if you were here today / But as for me I still remember how it was before / and I am holding back the tears no more”.

“I was in a building that would become my recording studio, and there were just a couple of little empty rooms upstairs”, McCartney added during the interview.

“So, I found a room and just sat on the wooden floor in a corner with my guitar, and just started to play the opening chords to ‘Here Today’”.

Explaining the lyrics “the night we cried“, Paul McCartney stated that they are in reference to a time himself and Lennon had in Key West, Florida.

“For some reason, I think it was like a hurricane, something had been delayed, and we couldn’t play for a couple of days”, he explained.

“So, we holed up in a little motel. So, what would we do? Well, we’d have a drink, and we would get drunk. We didn’t have a play, so we did. That night, we got drunk and started to get kind of emotional”, he added. “It all came out”.

“But on the way to that, there was a lot of soul-searching. We told each other a few truths. ‘Well, I love you. I love you man.’ ‘Oh, I love that you said that. I love it.’ And we opened up. So, that was kind of special to me. I think that was really one of the only times that ever happened”.

Paul McCartney has spoken about the death of John Lennon on a myriad of occassions, revealing that he still “gets emotional” about it back in February.

He also released a special box set ‘The 7 Singles’, earlier this month.