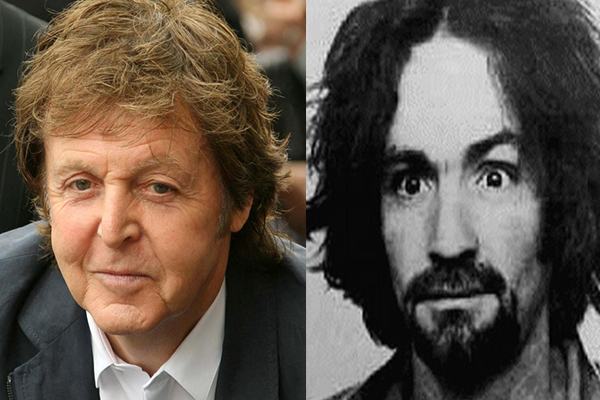 Paul McCartney says he’d avoided playing the Beatles’ most rockin’ song, “Helter Skelter,” for well over a decade after cult leader Charles Manson adopted it for his own evil ways. The killer passed away in prison last year aged 83 years after spending 46 years in jail.

Manson was reported to have believed the song was proof that he and the band were on the same spiritual wavelength.  He used the title of the song to refer to a race war he believed was going to take place.

Speaking to the NME McCartney said,  “Well, that put me off doing it forever. I thought, I’m not doing Helter Skelter, you know, because it was too close to that event, and immediately it would have seemed like I was, either I didn’t care about all the carnage that had gone on or whatever, so I kept away from it for a long time.”

Macca explained that he eventually had a change of heart,  “But then in the end I thought, you know, that’d be good on stage, that’d be a nice one to do, so we brought it out of the bag and tried it and it works. It’s a good one to rock with, you know.”

When quizzed about the notion that the 1968 track was the first-ever piece of heavy metal, McCartney replied: “No! I’ve never claimed it, you know. People said it, but, if you think about it, it was near the start of heavy metal, and it was us trying to be heavy. I’d heard Pete Townshend saying they’d done the dirtiest, filthiest record ever, so we were trying to out-filth the Who. So if that communicated itself, there might have been some little guy living up in Rotherham thinking, Aye, we’ll have a group, we’ll just do that.”

McCartney also talked about the rumours of expletives being buried in Beatles tracks, “I remember when we were doing the backing vocals in ‘Hey Jude’, someone says ‘Fuck off’ or something, and you can hear it in the final mix. We didn’t mean to leave it in, but we didn’t ever erase it. And we used to do things like we’d be singing ‘dit dit dit dit dit’ as a backing vocal and we’d change it to ‘tit tit tit tit tit’ for our own amusement. It’s schoolboy stuff. … But it gives you a laugh at that moment, and that’s valuable. You don’t want to sit around being too serious with music.”