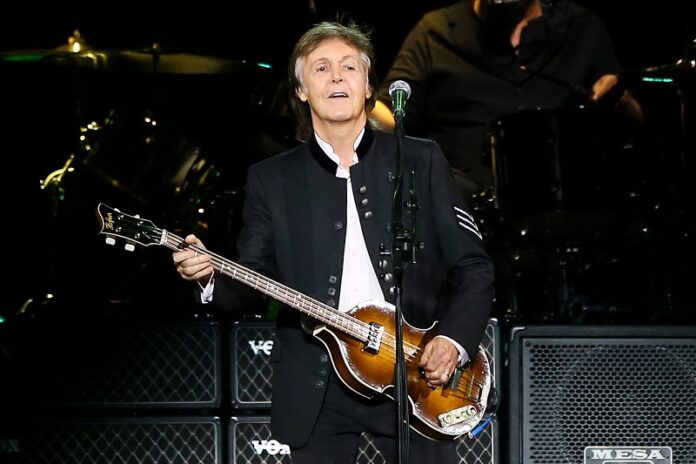 Paul McCartney has announced that his new album will be delayed by a week due to “unforeseeable production delays”.

The new album entitled ‘McCartney III’ was the long awaited final piece of McCartney’s trilogy. The album is a follow up to the 1970 release ‘McCartney’ and the 1980 record ‘McCartney II’.

Initially, the new album was set for release on December 11. It will now be available a week later on December 18. The news was announced in a Tweet from McCartney’s account.

“Unforeseeable production delays have forced the release date of Paul’s all-new all-Paul album ‘McCartney III’ to be moved back one week to December 18, 2020.”

“Thank you to everyone for your patience, support and excitement for the album. We can’t wait for you to hear it”

Unforeseeable production delays have forced the release date of Paul's all-new all-Paul album 'McCartney III' to be moved back one week to December 18, 2020. Thank you to everyone for your patience, support and excitement for the album. We can't wait for you to hear it! – MPL

Paul McCartney took part in Rolling Stone’s Musicians on Musicians feature in where musicians talk about life, their career and music in general. McCartney chatted to pop star Taylor Swift. She was envious of the fact that McCartney played every instrument on the album.

“I listened to your new record. And I loved a lot of things about it, but it really did feel like kind of a flex to write, produce, and play every instrument on every track. To me, that’s like flexing a muscle and saying, ‘I can do all this on my own if I have to”.

McCartney responded “Well, I don’t think like that, I must admit. I just picked up some of these instruments over the years. We had a piano at home that my dad played, so I picked around on that. I wrote the melody to ‘When I’m 64’ when I was, you know, a teenager.”

The former Beatle then went on to explain the process of making the album in lockdown. “Well, I’m very lucky because I have a studio that’s, like, 20 minutes away from where I live. We were in lockdown on a farm, a sheep farm with my daughter Mary and her four kids and her husband. So I had four of my grandkids, I had Mary, who’s a great cook, so I would just drive myself to the studio. And there were two other guys that could come in and we’d be very careful and distanced and everything: my engineer Steve, and then my equipment guy Keith. So the three of us made the record, and I just started off” said McCartney.

He went on to add “I had no idea it would end up as an album; I may have been a bit less indulgent, but if a track was eight minutes long, to tell you the truth, what I thought was, ‘I’ll be taking it home tonight, Mary will be cooking, the grandkids will all be there running around, and someone, maybe Simon, Mary’s husband, is going to say, ‘What did you do today?’ And I’m going to go, ‘Oh,’ and then get my phone and play it for them.’ So this became the ritual.”

The new album is available to pre-order here. McCartney recently said he wishes he was a bit more like Bob Dylan, read Radio Nova’s report on it here.