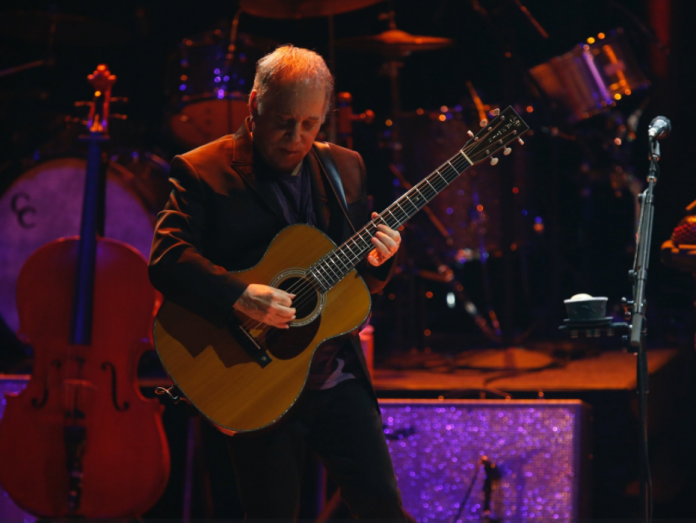 Paul Simon is bringing his ‘Homeward Bound, Farewell Tour‘ to Ireland and to celebrate we have decided to pick our seven favourite hits from the music maestro.

The tour was announced around the same time he was confirmed as the final headliner for this year’s British Summer Time festival in London’s Hyde Park.

Tickets to the former Simon & Garfunkel stars solo tour went on sale this morning and he will also be joined on stage by special guests James Taylor and Bonnie Pratt.

Simon, recently covered by the likes of Coldplay and Lorde, is expected to play classics from across his career…

Check them out now and let us know if you managed to grab tickets this morning!

5. Diamonds On The Sole Of Her Shoes

6. Me & Julio Down By The Schoolyard

KISS Retiring Out Of “Self Respect” And “Love” For Their Fans