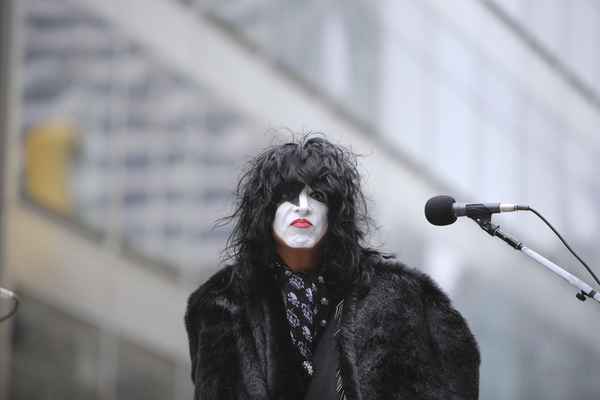 KISS frontman, Paul Stanley has recently spoke on how the American rock band came up with its iconic name. In a recent interview with Australia’s The Project, the Star Child revealed he came up with the name nearly five decades ago.

Paul thought that it was “something that would sound familiar, no matter where you were in the world”. He believed “it was the kind of name where a word like that, you would go, ‘Oh, I’ve heard of KISS’”.

“And it also had so many different meanings — a passionate kiss, a kiss of death, whatever. So, it was a word that I think was open to interpretation,” Paul explained. “And I guess it worked, right? We’re here, what, 48 years later? Something like that. But who’s counting?”

Previous reports said Paul came up with the name after drummer, Peter Criss mentioned he was in a band called LIPS. In 1972, Stanley, and co-founder Gene Simmons, created a band called WICKED LESTER, which later became KISS. Stanley and Simmons are the original members still with the band and continue the brand with later additions, guitarist Tommy Thayer and drummer Eric Singer.

The band launched its farewell tour in January 2019 but was forced to postpone last year, due to the COVID-19 pandemic. The End Of The Road tour was originally scheduled to conclude in New York City on July 17th, 2021 but is now expected to finish in 2022. The last KISS performance came this past New Year’s Eve in Dubai, which broke Guinness World Records for highest flame projection in a music concert and most flame projections launched simultaneously in a music concert.

The last full-length disc of new music to come from Paul and the gang came back in 2012 with the hit album, Monster. In its debut week, the critically acclaimed album sold 56,000 copies in the US alone, landing at #3 on The Billboard 200 Chart. The band’s previous work, Sonic Boom opened up with 108,000 units, to enter the chart at #2 in 2009 and become the band’s highest-charting LP ever.

Paul Stanley has recently defended his right to speak out on political issues, saying he voices his opinions as an American citizen. During an interview with Yahoo Music’s Lyndsey Parker, the KISS frontman spoke on how he uses Twitter to blast people who are defiantly against mask wearing.

Read Next: Gene Simmons Discusses His Relationship with Paul Stanley: “We Never Axl Rose Out Of Anything” From 2017.