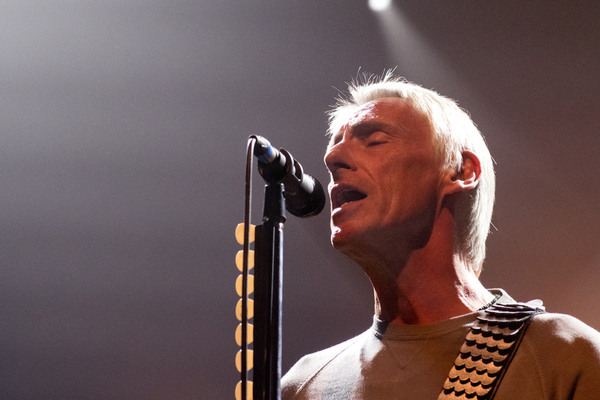 Weller had confirmed the cancellation last week “due to a band member testing positive for COVID-19”. More on this here.

I was so, so disappointed to not be able to finish the rest of the shows. I caught the dreaded Covid so that was that!

I hope we can reschedule the shows for next year. This tour was so great, we loved every show, it was so great to be out again and playing (1/2) pic.twitter.com/2ieXu3Ut0B

“I was so, so disappointed to not be able to finish the rest of the shows”, Weller later tweeted. He added that he “caught the dreaded COVID so that was that!”.

“I hope we can reschedule the shows for next year. This tour was so great, we loved every show, it was so great to be out again and playing. Great set, band and crowd!”.

“I hope we can do it again next year. Let us hope for a better year ahead – Happy Holidays. Keep the faith, Love PW”.

An official statement was released, “We are working hard to see if we can reschedule the shows and will share more information on that as soon as we possibly can”.

It also added, “This is obviously incredibly disappointing news for not just the fans but Paul and the whole team involved, but we need to follow the guidelines to keep everyone as safe as possible”.

Paul Weller To Shout To The Top

This tour was to support Weller’s album Fat Pop released earlier this year.

The former frontman of The Jam said that he was hoping to Shout To The Top with the release of his studio album, his 16th in total.

“We’re thrilled to tell you that the brand-new album from Paul Weller has finally arrived! The 16th studio album contains 12 incredible tracks worked on over lockdown and we know you’ll love it”, Weller tweeted at the time. More on this here.

This year also saw Paul Weller admit that he has previously suffered hugely with pre-concert nerves, claiming he used to be “in bits” before heading out on stage.

“It’s almost a weird thing because, just prior to going on stage, especially in the hour before, I’m in bits”, he revealed.

“I’m so nervous and so don’t want to be there and want to go home, and then within minutes of actually being on stage, as soon as that first tune strikes up, I automatically feel as though this is completely where I’m supposed to be”.

Red Hot Chili Peppers Video Game Has Been Made Playable