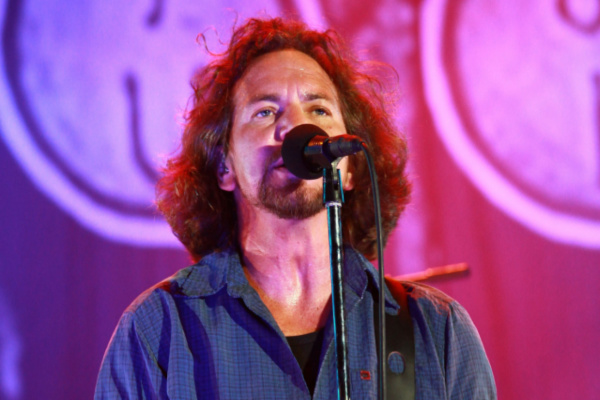 The band were forced to pull the plug on that show, after Vedder’s vocal chords were damaged by “heat, dust and smoke”, following a recent Pearl Jam gig in Paris.

Pearl Jam made this announcement via their social media accounts.

“To all those who were anticipating a great Pearl Jam show tonight in Vienna, we were too”, they said.

“However, due to the extreme circumstances at the last outdoor site outside of Paris (heat, dust, and smoke from the fires) our singer Ed Vedder’s throat was left damaged”.

“He has seen doctors and had treatment but as of yet, his vocal cords have not recovered. This is brutal news and horrible timing…for everyone involved. Those who work so hard to put on the shows as well as those who give their precious time and energies to attend”.

Pearl Jam also added, “As a band, we are deeply sorry and have tried to find options to still play. And Ed wants to play. There’s just no throat available at this time… So very, very deeply sorry. Tickets will be refunded at point of purchase. Thank you for understanding”.

This news comes after Pearl Jam had been at one stage performing without drummer Matt Cameron, who tested positive for Covid-19 back in May.

After Red Hot Chili Peppers’ Josh Kilingoffer had deputised for a few shows in Cameron’s absence, 18 year old Kai Neukermans also drummed for the band for a few gigs, including their show at Oakland, California. More on that here.

Earlier this year, Eddie Vedder had opened up about his “pretty serious” bout of Covid-19. See what he had to say here.