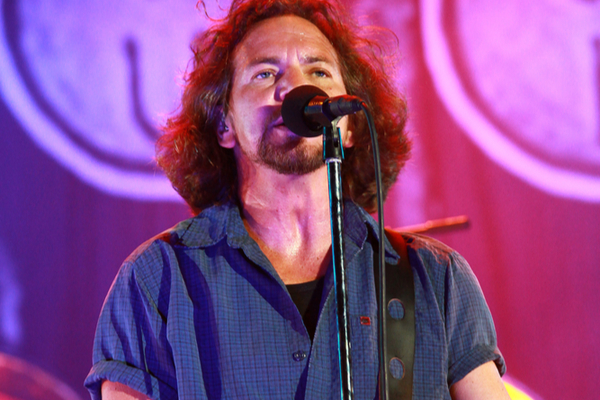 Pearl Jam have announced that they have started work on a new album.

The band’s guitarist Stone Gossard confirmed this news, revealing that they have started sessions for this new album which will be a follow up to 2020’s ‘Gigaton’.

Claiming that they are “psyched” about this new album, Stone Gossard told Consequence of Sound, “We’ve recorded some songs. We’re on our way. We’re making music”.

Gossard also revealed that the band have been working with Justin Bieber collaborator Andrew Watt. Watt has also worked with lead singer Eddie Vedder on his solo album Earthlings.

“We’re psyched”, he said. “Andrew is a total character. Really, like immediately, we were writing quickly. Spontaneously. Bring in a riff. Let’s knock it out”.

He added, “[Drummer] Matt Cameron is playing his ass off. We didn’t bring any gear down. We were just doing some recording in Andrew’s basement in Beverly Hills, basically. So far, so good”.

Gossard continued, “I want to keep staying in that state of mind where we make looser records, and are quicker in terms of being able to generate that feeling or art… Pearl Jam, we constantly are asking: What is another process? How is it that we can do something new? What’s the next step?”.

“Just speaking with [bassist] Jeff [Ament] the other day, we’re talking about trying different formations of how to generate song ideas, particularly ones that move us, that move us in a cool direction, or in a direction that makes people go, ‘Ah!’”.

Speaking in January, Andrew Watt also claimed that he is a fan of the band.

“I was born in 1990 and my brother was born in ’85, so all we listened to growing up was Pearl Jam and the Chili Peppers,” he said. “If I admitted to you how many Pearl Jam concerts I’ve been to, it probably wouldn’t be good for anything. But I used to go to Pearl Jam concerts with a sign that said, ‘Let me play the guitar solo to ‘Alive’,’ and I found myself onstage at the Ohana Festival playing the guitar solo to ‘Alive’ with Pearl Jam”, he said.

The band are to embark on a North American Tour in May.