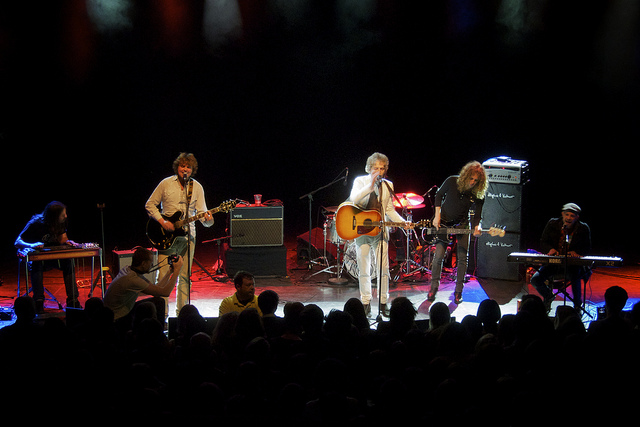 The 33-year-old guitarist was one of Pete Doherty’s closest friends and had played with The Libertines, as well as being the frontman of his own band The Lipstick Melodies.

In February, Wass fell through a glass partition at his home in Ladbroke Grove, where he severed an artery and two nerves in his arm. He lost a substantial amount of blood due to the accident and was given an emergency blood transfusion at the scene where he also reportedly “died” for 15 seconds before being resuscitated and rushed to hospital by air ambulance. He underwent an eight hour operation and was recently seen to be on the mend taking to Facebook after the operation saying “I’m lucky to be alive and will be back on stage in the not too distant future.”

Unfortunately Wass suffered a heart attack last Thursday and had been on life support up until his death Sunday morning at St Mary’s Hospital in Paddington. His manager, Tony Rowe paid his respects on Facebook: “RIP Genius, beautiful man, friend and a very special individual character, privileged to have been a close friend and shared his life, music and dreams…Love you Alan!”