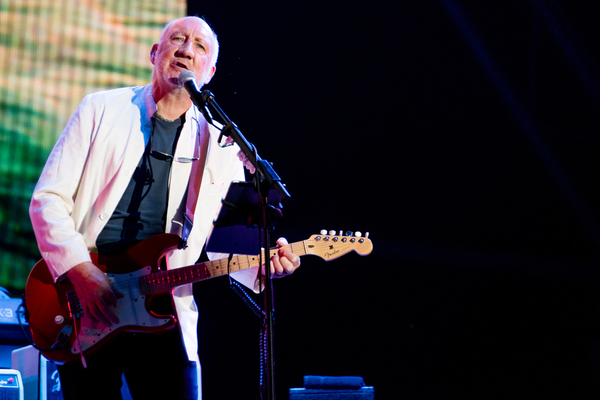 Pete Townshend has said that he doesn’t care about the upcoming Keith Moon biopic. However, he did reveal that he will have a “moan” about it if he does not approve.

Speaking to Rolling Stone, The Who guitarist Townshend stated that he will not seek to put a stop to the biopic’s development even if it fails to represent Moon properly.

Claiming that he does not “give a f**k, to be honest”, Townshend insisted that he will not be “going to war” over it.

“When you talk about it as a Keith Moon biopic, it’s going to be the first semi-fictionalised, dramatised Who story”, Townshend told Rolling Stone.

“It will be a Who biopic. Somebody is going to have to play Pete Townshend. I’ve read some very, very varied opinions about what my relationship was like with Keith. I view it one way, and other people view it another way. I certainly was never at war with Keith but neither was I his puppy”.

Pete Townshend also spoke about Roger Daltrey’s approach to the film creating process. He said that Daltrey had to “tell his own story” through the film.

He added, “He sometimes crashes in sideways into my projects! But if I don’t like it, I will say so in the press. I might have a moan about it if there’s something I don’t like, but I will never go to war in the way that some bands have”.

Paying tribute to Moon, Townshend called the late drummer “a great manipulator, and a great character, a great showman”.

“He brought a lot of joy, but he also brought a lot of hardship and difficulty. I’ve always been honest about that. It will be interesting to see how that evolves. I certainly don’t see a position where if I didn’t like the way the story was being told, I’d block it. I don’t give a f**k, to be honest. I hope it happens because Roger has been working on it”.

When asked what would he do if the film failed to reflect Moon properly, Townshend stated, “I think if I felt I was being cruelly misrepresented, I’d step in and say, ‘This is a bit much”.

Shooting for the Keith Moon biopic is to begin this Summer.

FOOD Line-Up Revealed For All Together Now