Home Music News Peter Kay Has Announced His Return To Stand-Up With A New Tour! 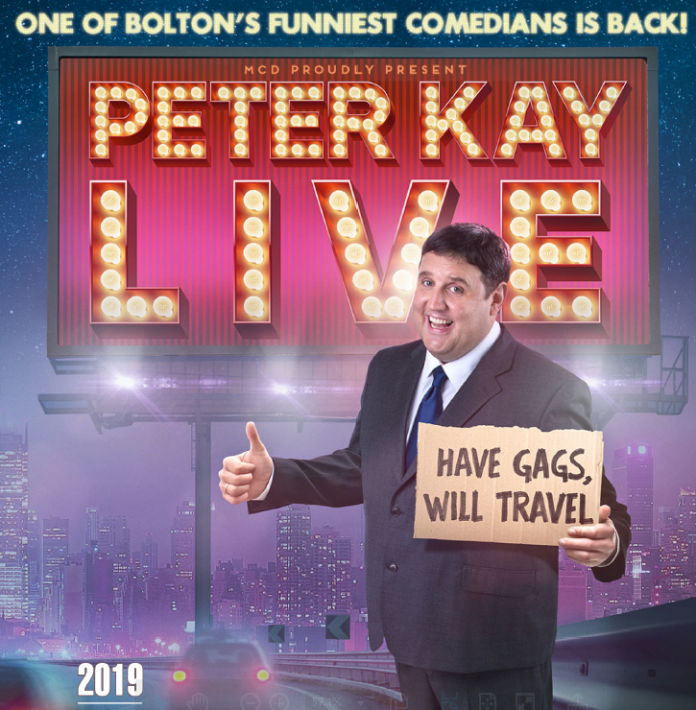 Peter Kay has announced his return to stand-up with his first Live Tour in eight years! We’ll have to wait a while though… it’s in February 2019. Tickets for the gigs which will take place in the 3Arena go on sale this  Sunday the 19th of November at 10AM.

Peter will play two nights in the 3Arena – Friday the 1st of February and Saturday the 2nd of February. Tickets start at €45.05.

Peter Kay is well-known as one of Britain’s best loved comedians, having won multiple awards for acting, directing, writing and producing. After years of other projects, Kay is finally getting back to his most successful endeavour, stand-up.

His last tour, which took place way back in 2010, still ranks in the Guinness Book of World Records as the biggest selling comedy tour of all time! Kay performed to over 1.2 million people on the tour. But why a return now?

We’ll let the man himself enlighten you: ‘I really miss it. I know how lucky I am to be making television series and have really loved these past few years working on Car Share but I miss doing stand-up. As terrifying as it is, when it works there’s nothing more fun and exciting. Plus, a lot has happened in the last eight years, with Trump, Twitter and my Nan getting her front bush trimmed at the age of 96. I can’t wait to get back up on stage’

The tour will start in April 2018, visiting UK and Ireland arenas right up until 2019.

You can WIN tickets to the Dublin gig on our NOVA Facebook page here:

Tickets for the tour go on sale Sunday 19th November at 10am and are available from www.ticketmaster.ie and outlets Nationwide.

Tickets are limited to persons 15 years old or over.