Home Entertainment Phil Collins Is Not Dead Yet, But Struggling Down Under 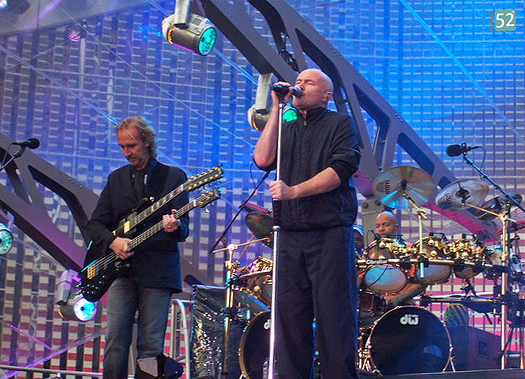 Legend Phil Collins’ hasn’t gotten a nice welcome down under. The reviewer of his first Perth (Western Australia) show since 1995 was not happy with him appearing on stage with a walking cane and chair.

“Phil, who turns 68 on January 30, spluttered into 1984 power ballad Against All Odds on a swivel chair resembling one on which someone of his vintage might perch at the pokies.
The bald, bespectacled singer benefited greatly from his backing singers, and his 17-year-old son Nicholas — a chip off the old block on drums — significantly lowered the average age of the band”

“Lucky Phil is not dead yet, but someone might want to check for a pulse”

The singer was detained last year at Rio de Janeiro’s Galeao International Airport due to issues with his work visa. He announced a comeback tour in October 2016 after coming out of retirement but following a fall, the British singer was forced to reschedule them.

The singer has performed a number of shows from his chair, including his British Summertime Festival set in Hyde Park last June.

During his series of 2007 shows, Phil dislocated a vertebra in his neck, undergoing years of surgery, electroshock therapy, water therapy and physiotherapy to sort it out.

He spoke about his problems with alcohol at a press conference to announce his return to the spotlight, revealing he was no stranger to drinking bottles of vodka for breakfast.

And watch Phil in action in Perth below