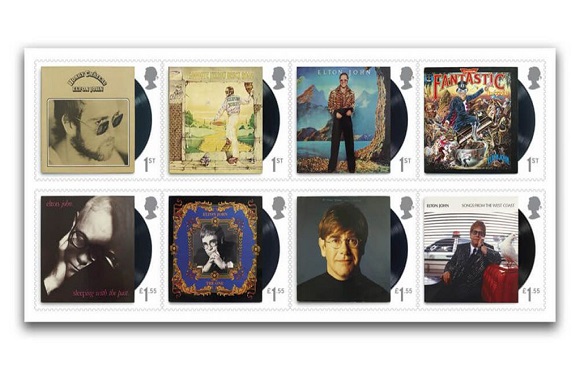 A new set of stamps celebrating Elton John’s career have just been released by the Royal Mail and are available now. Eight album covers which were selected by John himself, feature on the stamps. 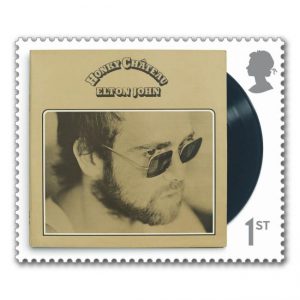 The set includes Honky Chateau, Goodbye Yellow Brick Road, Caribou, Captain Fantastic and the Brown Dirt Cowboy, Sleeping With the Past, The One, Made in England and Songs From the West Coast. 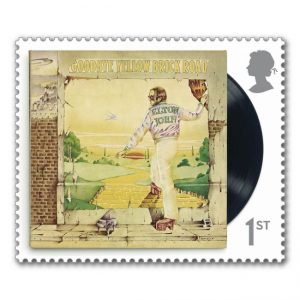 A collection of four miniatures which are additional will show live concert scenes from the last five decades. According to UCR, this is the first time a living solo artist has appeared on a stamp set, the only other solo artist to be given the same honour, was David Bowie in 2017 following his death. 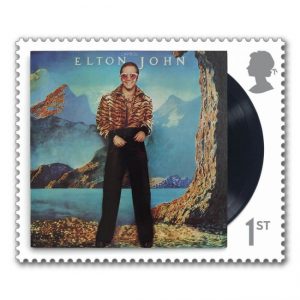 In a statement from Elton, he said, “To say I was surprised when Royal Mail got in touch is an understatement,” John added,“Never did I think I’d appear on a stamp!”.  Royal Mail spokesman, Philip Barker commenting said,

“Elton is one of the most successful British solo artists of all time. He has recorded some of the best-known songs in pop history such as ‘Candle in the Wind’ and ‘Rocket Man.’ Our stamps … showcase some of his most iconic albums and celebrate his fantastic musical contribution.”

The stamps are on sale in a variety of formats. They can be sold as separate editions, as a collected presentation pack, first-day covers and framed sets. 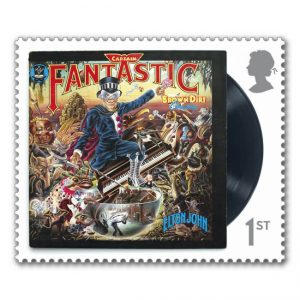 There will also be a limited-edition framed print and a Dodger Stadium souvenir pack that includes a pair of star-shaped glasses. 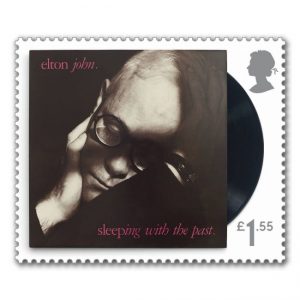 Elton John is currently performing in North America until Nov. 16. with dates to follow in Australia, Europe and the U.K. The final concert date is scheduled for the O2 in  London on Dec. 16, 2020. 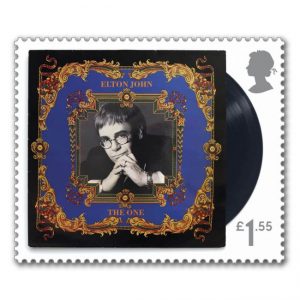 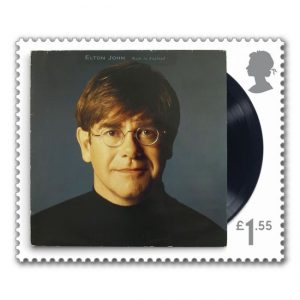 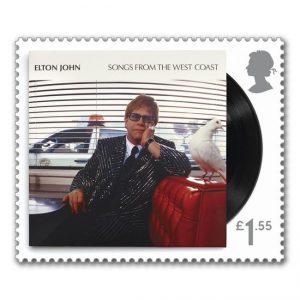