Home Entertainment Photos: ‘Ireland Simpsons Fans’ Has Been Giving Their Take On Brexit! 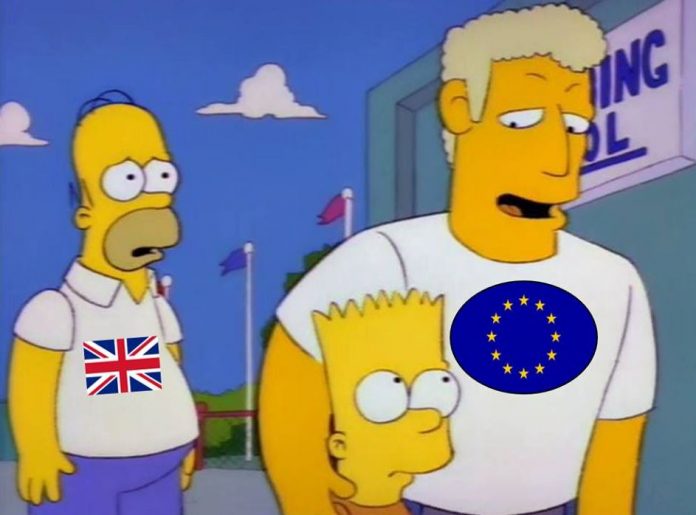 Created about three years ago, the Facebook group ‘Ireland Simpsons Fans’ (ISF), has developed into quite the popular social commentator!

Its recent subject matter has been concerning itself mainly with a satirical look at the relentless Brexit debacle.

With over 75,000 members and growing, the group has been offering some pretty humorous memes inspired by The Simpsons.

Everything is up for grabs as Ireland, the UK Tory party, the British Monarchy, the DUP, as well as Jeremy Corbyn, are all the focus of the page’s ridicule.

Speaking to Dazed, Brian Quinn, a moderator for ISF, claims the interactive nature of such groups has changed the definition of satire. Anyone hooked up to the web has the opportunity to be a satirist to a potentially large audience.

Quinn said that “the nature of memes is probably of some detriment to the wider satire community in the same way that social media and online news has had an effect on print journalism.”

“Shows like Have I Got News For You and Mock the Week still air, but by the time they go to broadcast a lot of people have already made the same jokes online and have moved on to the next topic.”

All Together Now’s ‘Goodstock’ Is Waterford’s Woodstock