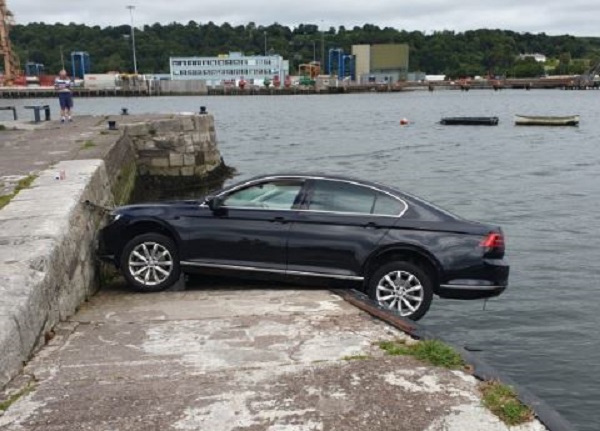 Two people had a narrow escape after their vehicle nearly plunged into the water at Pier Head in Blackrock village, in Cork city.

At roughly noon today, it is reported that a car was seen on the slipway and slid backwards towards the water, with its wheels exposed over the edge.

Breaking News reports that the tide was out and the water was not as high as it could have been. As a result the car never entered the water.

The two passengers were able to get out of the car, one with assistance from the fire brigade.

Crews from Anglesea Street are currently dealing a Car on the waters edge in Blackrock.

The outlet reports that the scene was attended by a Cork City Fire Brigade crew from Anglesea Street. The patient received treatment by National Ambulance Service paramedics.