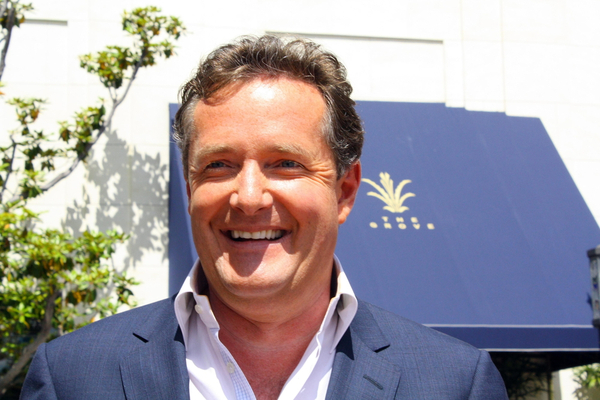 In the aftermath of GMB-Gate, opinion is divided on the matter of Piers Morgan’s swift exit from ITV’s breakfast show. Piers stormed off the set on Monday’s episode, after the presenter sparked debate over Meghan and Harry’s interview with Oprah. Newspaper publications have since attempted to fact-check Meghan’s claims from the interview.

Meghan claims incidents with the Royal Family made her feel like she “didn’t want to be alive anymore,” to which Peirs did not believe. The 55 year-old branded Meghan “Princess Pinocchio” after the former suits star said she had felt suicidal and reported there were concerns over her unborn child’s race within the Royal Family.

Under the pressure of more than 40,000 Ofcom complaints, show bosses forced the presenter to publicly apologise. Piers has since quit the show and said he “didn’t believe a word” the Duchess of Sussex said. “Freedom of speech is a hill I’m happy to die on.”

Several big names have issued statements of support for Piers, as they slam the decision made by ITV bosses. Stars such as BBC’s Match of The Day host, Gary Lineker, Sharon Osbourne, and others have backed the outspoken presenter. While some are pleased about his exit – including Jameela Jamil, Jedward and Dan Walker.

“Piers Morgan, I am with you. I stand by you,” Sharon declared. “People forget that you’re paid for your opinion and that you’re just speaking your truth.” Lineker tweeted: “Whether it’s a football manager, a television presenter or any profession for that matter, it’s always sad when someone loses their job.

“Piers Morgan is excellent at what he does and I’m sure he’ll be back on the telly soon. I disagree with much of what Piers Morgan says, including his bizarre, obsessive rants at Harry and Meghan. I also agree with some of what he says. The same as with most people I know. Everything’s so tribal these days. You seemingly have to pick a side on absolutely everything.”

“What I do know is Piers and Susanna (Reid) have been a brilliant team that took risks and became must-watch TV. In an era of free speech being stifled everywhere, Piers fearlessly speaks his mind. We need more, not fewer like that in media.”

Pietersen tweeted: “I know Piers Morgan away from TV and Twitter. He’s a f****** legend, who is loyal, funny, caring and so much fun to be around! Hope you’re OK, buddy!”

“Gutted to know Piers Morgan has left Good Morning Britain,” added Panesar. “To create debates, discussions get viewers to interact is a skill top TV presenters should have and Piers has that in abundance. He did a fantastic job during COVID-19. I’m sure we see him on TV soon.”

Piers’ exit was also met with cheers of glee, including broadcaster Jameela Jamil, and Irish singing duo Jedward. Jameela claims Morgan had made her contemplate suicide last year. She tweeted: “May we NEVER have to watch minorities have to go on mainstream news and have to *defend* their right to be treated with dignity and respect… ever again. All while being screamed over by this man.”

Jedward were also delighted, saying: “We’ve turned down multiple appearances on Good Morning Britain cuz of that dope! And now the future is JEPIC!”

Podcast: The Week That Was In Music History – July 25th...

Sacha Baron Cohen Says There Will Be No Borat Sequel