Home Entertainment Piers Morgan Gets A Pie Thrown In His Face By Harry Hill... 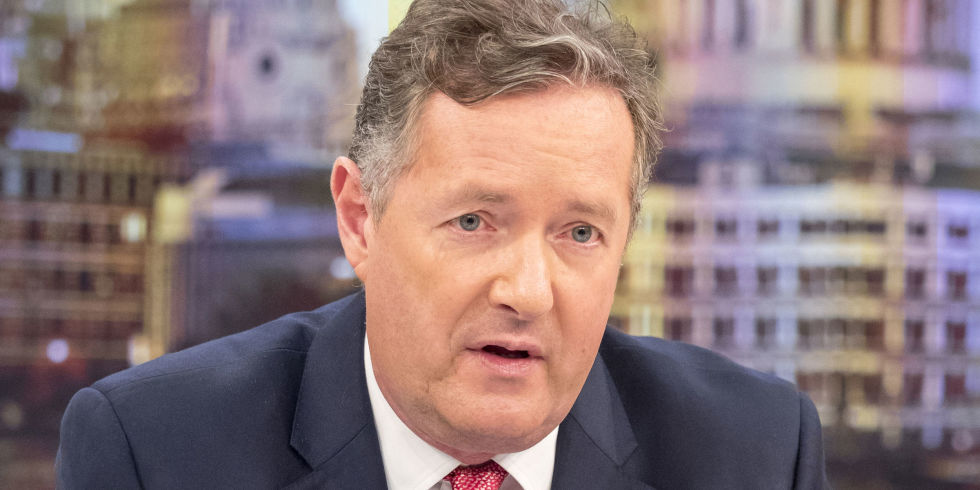 Today’s ‘Good Morning Britain’ featured British comedian Harry Hill throwing a pie in Piers Morgan’s face in response to the presenter’s ridiculous tweets regarding Daniel Craig carrying his child in a ‘papoose’. Planned or unplanned, Morgan does seem taken aback by the incident.

Morgan is infamous for his controversial rants on Twitter, and this week he made a number of comments in relation to his disrespect for men who carry their babies in ‘papooses’. ‘Papooses’, a term referencing a child carrier commonly used by parents, can be seen below on Daniel Craig:

Morgan, who described the ‘papoose’ as “emasculating” received a great deal of criticism online, with famous actor Chris Evans expressing his disdain towards the presenter for his comment, stating: “You really have to be so uncertain of your own masculinity to concern yourself with how another man carries his child. Any man who wastes time quantifying masculinity is terrified on the inside.”

Comedian Harry Hill appeared on ‘Good Morning Britain’ this morning to promote his comedy tour, which ended in Piers Morgan getting a pie smashed in his face. Comedian Harry Hill retorted: “This pie is for all those men that wear papooses. It’s for Ross Kemp and for Daniel Craig.”

Harry Hill has a parting thought for Piers on the papoose debate. See you soon @piersmorgan 👋@HarryHill | @susannareid100 pic.twitter.com/HuZcPVHNER