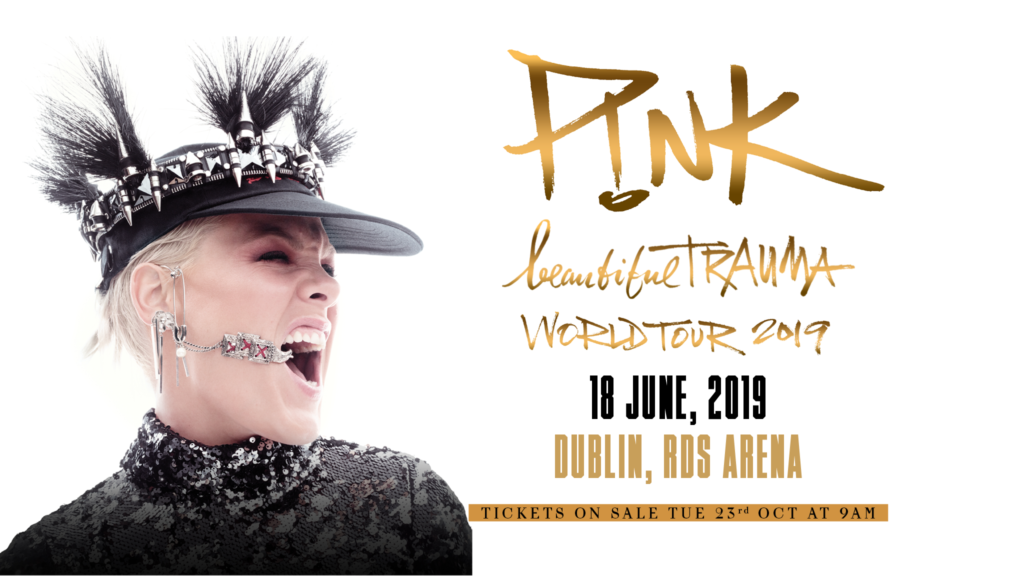 P!NK has announced that she will play her first Irish show in six years next summer.

She will be joined by special guests Vance Joy, KidCutUp and Bang Bang Romeo.

The tour which began in Phoenix USA in March 2018, has already seen her entertain audiences across America, Australia and New Zealand.

Music magazine Variety has heaped praise on her performances, saying: “I can say without too much fear of hyperbole that, in decades of concert-going and reviewing, Pink’s is the most ‘holy f—ing s—‘ act of physicality I’ve ever seen as part of a pop show.”

Tickets for the gig, which will be her first live show here since 2013, go on sale from Ticketmaster on October 23rd at 9am, priced from €69.50, including booking fee.

Verified fan pre-sale commences on Saturday 20th October at 9am.