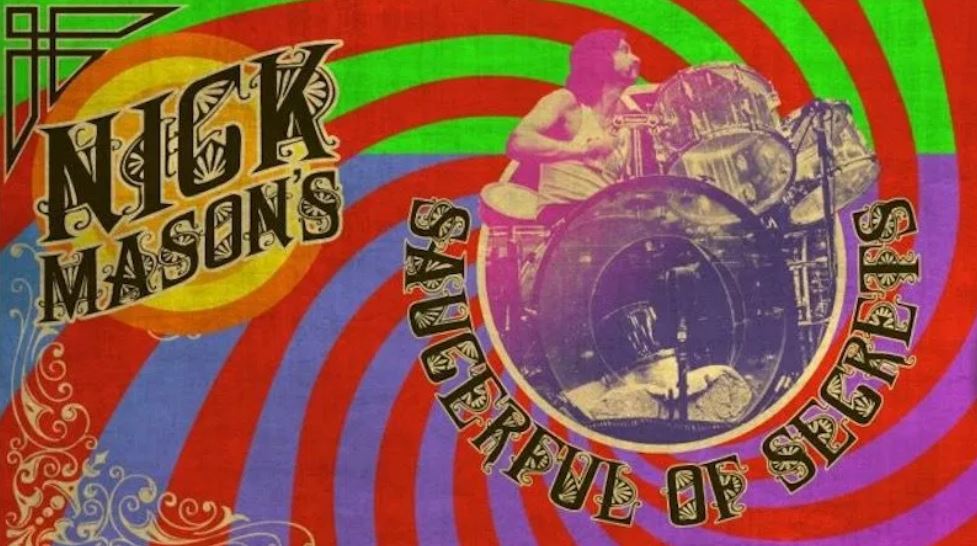 Nick Mason’s Saucerful of Secrets, which has the namesake of band’s second album are set to play the Floyd’s earlier music in London this May.  They will play selections from Pink Floyd’s first two albums, The Piper at the Gates of Dawn and A Saucerful of Secrets.

The lineup includes Spandau Ballet’s Gary Kemp, Lee Harris of the Blockheads, bassist Guy Pratt, who was Roger Waters replacement in Floyd. The band also features composer Dom Beken, who was a collaborator with late Floyd keyboardist Rick Wright. Pratt and Beken worked together in the electronic band Transit Kings.

In a statement the band said of the new musical project, ‘This is a unique opportunity to experience Pink Floyd’s celebrated and significant early body of work played live including songs from albums The Piper at the Gates of Dawn and A Saucerful of Secrets (pictured below). Very few bands are as culturally important as Pink Floyd. They are one of the best selling music artists of all time and Nick Mason is a founder and the only constant member of the band performing on all of their albums as well as all of their live shows. This will be Nick Mason’s first live musical outing since Pink Floyd played at the 2005 Live 8 concert in London.’

In 2016, ahead of the release of the box set Pink Floyd: The Early Years 1965-1972, Mason said, ‘There’s a whole swath of early tracks that are missed by an audience that we think started at Dark Side of the Moon. That’s the problem, because we actually changed from being a slightly underground band to – I won’t say overnight – but that one album pushed us suddenly into a whole new world.’

The interesting thing is that quite a lot of particularly younger people who discovered Dark Side don’t look backwards, they look ‘What did they do next?’ So I suppose I’d say the album that I’m particularly fond of is A Saucerful of Secrets, because I think you get a transition from Syd [Barrett] and you almost get a wonderful goodbye from Syd with ‘Jugband Blues.”

Nick Mason’s Saucerful of Secrets will play Dingwall’s in London on May 20th, followed by the Half Moon in Putney, on May 21st, 23rd and 24th. The band’s official website has links for ticket sales.