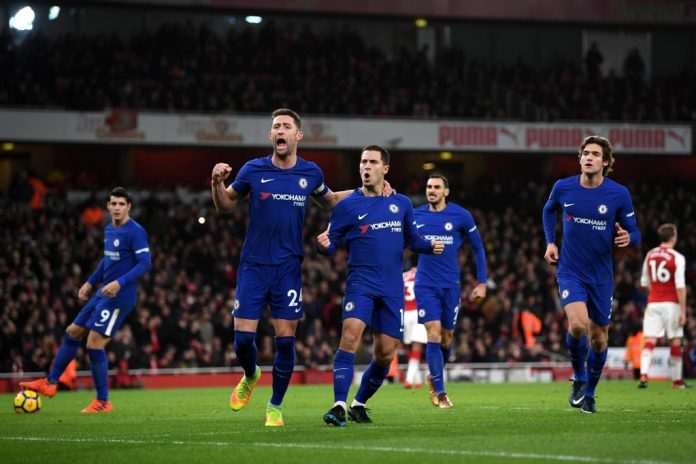 Chelsea and Leicester go head to head in the pick of today’s Premier League games.

With Manchester United not in action until Monday, a win for the blues would see them move above the red devils into second.

They face a foxes side who’ve just broken a run of four games without a win in the league.

It’s a 3pm kick off at Stamford Bridge.

In the late kick off, Tottenham host Everton at Wembley Stadium.

Victory For Chelsea In The Premier League